Snow avalanches can start unpredictably and move quickly, making them extremely hazardous. Their volcanic cousins, lahars and pyroclastic flows, are triggered by eruptions and can cause even more wide-spread destruction. Lahars are fast-moving mudflows of volcanic debris that typically flow down river valleys, hardening like concrete once they come to rest. Pyroclastic flows, the deadliest of all, are dense currents of searing hot gas and volcanic matter that travel extremely quickly (100km/h on average) and can flow over topographical features until they subside several kilometres from their source. Collectively, these three types of ground-hugging currents are called particle-laden gravity currents (PLGCs). Examples of PLGCs include the 1953 lahar that caused the Tangiwai disaster, and the 2019 Whakaari eruption, which involved a pyroclastic flow. 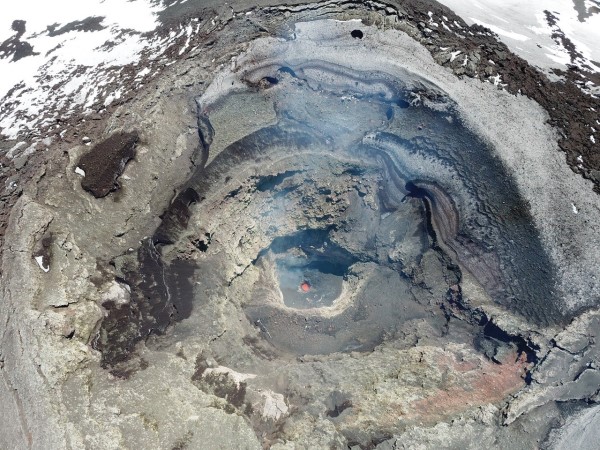 Oblique view into the bottom of the summit crater of Villarrica Volcano, Chile  from drone. (Photo credit: Leighton Watson)

Given the risk that they pose to people and infrastructure, understanding how PLGCs move is critical, but the danger involved in getting near them restricts the ways in which they can be studied. Previously, scientists have examined them using geological deposits, laboratory experiments, and computer simulations. More recent studies have measured the geophysical signals (seismic and acoustic waves) created by PLGCs to safely and reliably detect events from far away. However, significant advances in understanding how PLGCs flow could be made by comparing detailed geophysical signals with visual observations of the flow. This is exactly what Dr Watson hopes to achieve over the next two years by focusing on snow avalanches, which can be triggered intentionally along safe, predictable slide paths. 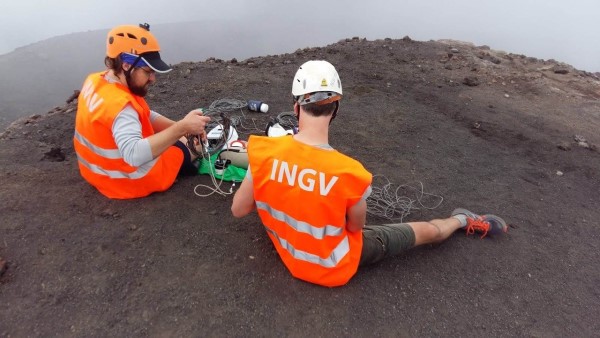 After several years studying overseas, Dr Watson is keen to return to Aotearoa to compare his simulated avalanche geophysical signals with actual field measurements. By recording the acoustic and seismic waves produced by both natural and triggered snow avalanches and comparing them to visual observations, he aims to better understand the processes that govern flow dynamics. Lessons learned from this work can help us understand PLGC processes more broadly and could assist in the management of these events in New Zealand, such as monitoring lahars on Mount Ruapehu or avalanches along Milford Road.