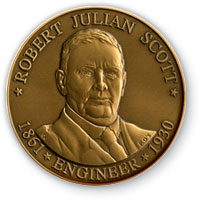 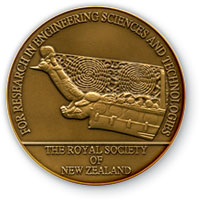 The R. J. Scott Medal was established by the Academy of the Royal Society of New Zealand in 1996 in Professor Scott’s memory to recognise excellence in engineering sciences and technologies.