Curiouser & curiouser: the mysterious incidence of testicular cancer in Māori

I was a complete novice when I started work as a public health researcher. I’d spent my prior (academic) life in a multi-million dollar biomechanics laboratory: my doctoral studies had involved years of painstaking data collection with a tiny sample of patients, with the grand result that the intervention-thingy I was testing didn’t actually work.  In an effort to hide this fact, I filled my thesis with technical jargon and more formulae than I care to remember; as a result, it became so thick that one of my oral examiners told me he had started using it as a doorstop.

Entering the world of epidemiology after my doctorate – specifically cancer epidemiology – was a completely foreign territory: one where sample sizes ran into the millions (rather than n=10), and enormous national-level health datasets matter-of-factly logged the darkest moments of a person’s life in a few short lines of text.

Jason Gurney in his new gig as a cancer epidemiologist

Perhaps sensing my fish-out-of-water vibe in my new gig on Day One, my exceptionally-wise new boss handed me a stack of manuscripts about two inches thick. She told me that my only task in my first week was to read every paper in the pile, and then meet with her the following week to discuss what I’d read. As far as first-weeks go this one was going to be a doddle, I thought. Perhaps this epidemiology thing wasn’t so bad after all.

Sitting in a cubical in a windowless room, I made a start on the pile. There was a lot of stuff about sources of bias in observational data; a couple of papers about the appalling rate of liver cancer among Māori due to Hepatitis B.  But it was one paper toward the bottom of the pile that would inadvertently change my life forever – as well as convince me once-and-for-all that I was now exactly where I needed to be.

The paper was titled ‘Ethnic and socioeconomic trends in testicular cancer’.1 By sheer coincidence (but probably not), the paper was first-authored by none-other than my new boss. The study used national-level cancer registry data linked to Census data, and (among other things) compared the rate of testicular cancer incidence between Māori and non-Māori men. And the story that the manuscript told was so compelling that it bounced clear off the page and under my skin.

By the end of the paper, I was utterly gripped. The disparity between ethnic groups was intriguing in itself – but because the factors that cause testicular cancer remain unclear, these disparities also presented an opportunity to try to understand what is causing testicular cancer in general. As my boss and co-authors wrote in the final paragraph of their manuscript: “The unusual trends and patterns identified in the New Zealand context may provide some aetiological clues for testicular cancer, but novel ideas are required to identify specific factors for future investigation.”

As a greenhorn in his first-week as an epidemiologist, I read that final remark as a call to arms. If it was novel ideas that were needed, then I was going to be the one to have them.

The rest of the week meandered along: I made some new friends; I found the best toilet to use (upstairs, hang a right, down the long corridor). The following week, my boss and I sat down for our first meeting. I came prepared – not with the full pile of papers that she had given me, but just the one. And a notebook full of (arguably) novel ideas.

That was January 2011. I’m now 35 years old – the median age for testicular cancer diagnosis – and six years on, my passion for the topic remains unabashed. The interceding years have seen slow but steady progress: with the support of the Health Research Council, I’ve been doing the groundwork necessary to unravel the mysterious disparities. As part of this groundwork, I led some work updating the evidence regarding the magnitude of the disparity: it now seems that Māori men are around 80% more likely to develop testicular cancer than non-Māori men.3 We also looked at the national incidence of a congenital condition known as cryptorchidism – also known as undescended testis, the strongest known risk factor for testicular cancer – and found that Māori have the highest rates of this condition too.4  Since cryptorchidism is a congenital condition (meaning present from birth), this finding points a stark finger toward the antenatal period (before birth) in terms of understanding why Māori have the highest rates of both cryptorchidism and testicular cancer.

But the bulk of my work has focussed on developing the best study possible to crack the case wide open. When we secure funding, we’re going to perform a type of study called a ‘case-control study’ – in which we recruit a group of men with testicular cancer (‘cases’) and a similar group of men without testicular cancer (‘controls’). We’ll then collect data from both groups on a number of exposures that might cause testicular cancer. Since many of the important exposures are thought to happen in utero, we will also collect data from the mothers of the cases and controls.

We’re likely to only get one shot at this study – so I’ve spent the better part of two years pondering and discussing what data we absolutely must collect during our study. I’ve been asking myself this question over and over: what exposure(s) might plausibly explain why Māori develop testicular cancer at greater rates than European men, and even greater rates than Pacific men? Is it perinatal exposure to tobacco? Occupational pesticide exposure? A rare, highly-penetrant genetic variant? Or is this strange disparity driven by a complex combination of interacting environmental and genetic exposures?

Amongst the uncertainty, there is one absolute: that this puzzling mystery is waiting to be solved. It may take longer to crack than I thought it would six years ago – but whenever my resolve dips, I dust-off that old manuscript and read it again with fresh eyes.

If you have any novel ideas of your own, please get in touch: jason.gurney@otago.ac.nz. 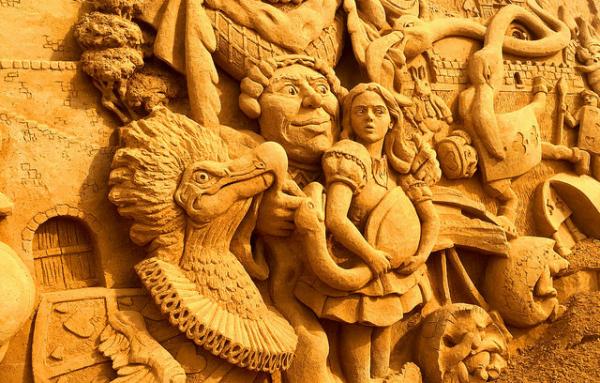