Home 150th Anniversary Past and future Mapping the gut

By Peng Du, Senior Research Fellow in the Auckland Bioengineering Institute at the University of Auckland.

Imagine a grid of electric generators, each sending pulses of electricity through the network.

Now imagine there is a similar bioelectrical network that powers your gut. What happens if one or more of these bioelectrical generators go down? A blackout? Or does the network still maintain itself somehow? These are some of the questions that confronted us when we started exploring techniques to measure the bioelectrical activity of the gut. 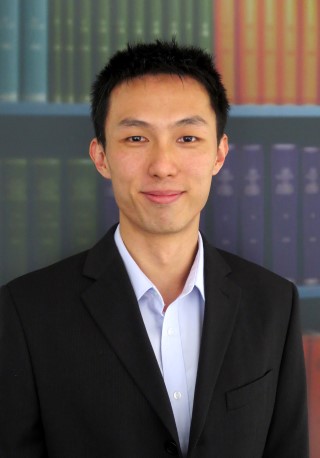 In 2005, the late Professor Andrew Pullan FRSNZ (1963-2012) broke new ground by applying his knowledge in cardiac electrophysiology to make significant contributions to investigating the bioelectrical activity of the gut. This transition was in part enabled by a prestigious James Cook Research Fellowship awarded by Royal Society Te Apārangi.

When we eat, a series of biological processes kick in to extract the nutrients we need while continuously moving the content down the gut. These motions of the gut are regulated by its bioelectrical activity. By measuring this bioelectrical activity, it allows us to detect whether something is amiss with certain aspects of our gut health, and explain why people are getting digestive disorders.

Our first goal was to measure the gut in its natural state. To achieve this, we adapted the printed circuit technology which allows compact sensors/electrodes to be embedded on a flexible substrate (Figure 1). What we produced was a flexible grid of hundreds of electrodes that allowed us to obtain a topographical map of how the bioelectrical activity is transmitted in the gut – we call this process high-resolution mapping. 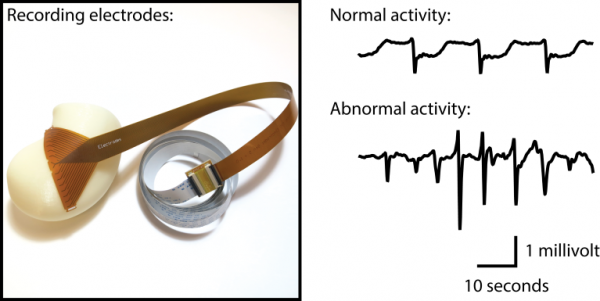 However, when we first tried to take a recording after placing the electrodes on the surface of the stomach, it did not work! Flummoxed, we turned to Professor Wim Lammers, a pioneer of mapping in the gut, for help. After weeks of thorough equipment and data checks, Professor Lammers finally advised that we could try keeping the surface of the gut moist by applying a bit of warm saline solution before placing the electrodes. It worked like a charm!

Using the ‘roadmap’ as a baseline, we then conducted a series of mapping studies in the US on patients with severe digestive disorders. We discovered that a spectrum exists in the severity of pacemaker cell loss, i.e., generators going down, where a critical loss of these cells might present both increased frequency of abnormal bioelectrical events and severity in symptoms. Our goal is to use this information and help diagnose some of these very difficult diseases, for example, gastroparesis, without the patients needing to undertake multiple tests and visits to the doctors.

We have developed a series of mathematical models that studied the relationship between pacemaker cell loss and bioelectrical activity in small tissue blocks. In particular, we studied how the interactions between the networks of pacemaker cells in the longitudinal muscle (LM) layer, myenteric (MY) layer, and circumferential muscle (CM) layer in the stomach coordinate the bioelectrical activation. The solid lines in Figure 2 represent the preferential direction of bioelectrical conduction in each layer, and the yellow colour shows a travelling bioelectrical event. Disruptions to the coupling between and/or within these the networks have been shown to be a major mechanism of action for the abnormal bioelectrical events that we have recorded experimentally. 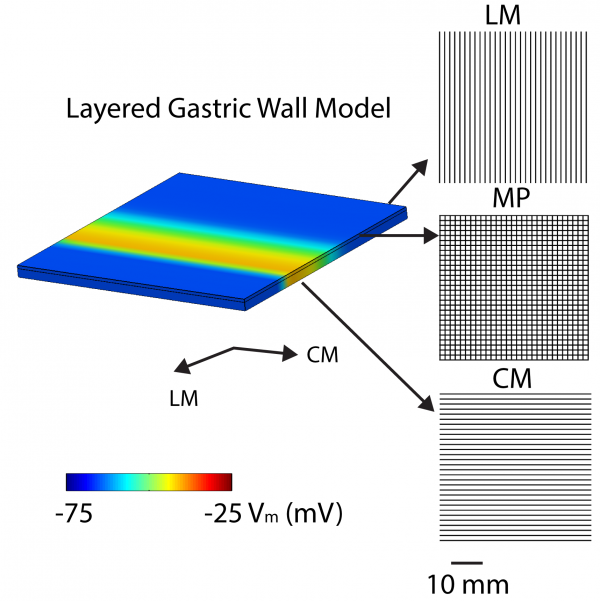 Figure 2: A mathematical model of the bioelectrical activation inside a section of gastric wall. There are three main electrically active layers: the longitudinal muscle (LM) layer, the myenteric (MY) layer, and the circumferential (CM) layer. The three layers interact with each other to sustain the normal functions of the stomach.

Our vision of going forward is ‘from cell to body surface and back again’, which aims to present a clear picture of the bioelectrical activity of the gut across multiple biophysical scales informed by experiments and mathematical models.