Protein recycling could hold the key to heart disease

Illustration of the structure of Lp(a) as a schematic. Photo provided

Professor Sally McCormick at the University of Otago will study how “bad” cholesterol particles are cleared from our blood, which could lead to novel cholesterol-lowering therapies 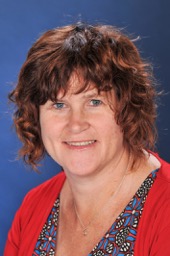 It is widely known that high levels of a type of blood cholesterol, called Lp(a), predisposes people to heart disease. Lp(a), or lipoprotein(a), is a low density lipoprotein (dubbed the “bad cholesterol” particle) with a companion protein called apo(a) attached to it. Much is known about how Lp(a) causes heart attacks, but very little is known about its normal function or how it is cleared from the blood.

Professor Sally McCormick, from the Department of Biochemistry at the University of Otago, is leading a team that has been awarded a Marsden Fund grant to begin unlocking these mysteries. The researchers have recently discovered how Lp(a) is removed from the blood by the liver, and that the apo(a) protein is then recycled back into the blood. They will identify which other proteins in cells are involved in the apo(a) recycling process, and uncover its biological purpose. They suspect that the recycling process is used by the body to remove toxic waste products from dead or dying cells, including oxidised lipids (known to cause inflammation) from circulation.

Ultimately, the researchers hope that a better undertanding of the biological processes involved in removing Lp(a) from the blood will lead to improved therapies for lowering blood cholesterol.