The hottest stuff in the universe

Dr Jonathan Squire from the University of Otago will study the behaviour of plasma – the fourth state of matter, which makes up stars – under extremely hot conditions. This will improve our understanding of this vital cosmic fluid and help to answer several key question in astrophysics, such as the formation of galaxies 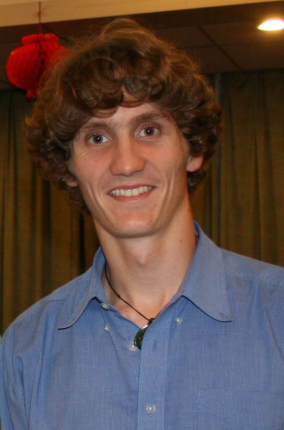 Virtually all of the ordinary matter in the universe is plasma: a fluid that is spread so thin that its ions and electrons cannot recombine into atoms. Despite having weak magnetic fields and particles that hardly ever bump into each other, very hot and diffuse plasmas are extremely sensitive to tiny changes in the magnetic field. Microinstabilities (tiny wobbles in the plasma) can abruptly grow and violently mix the plasma. These microinstabilities are very small in scale compared with the motions that caused them in the first place; however, they strongly influence the plasma’s large-scale behaviour.

Dr Jonathan Squire from the Department of Physics at the University of Otago has been awarded a Marsden Fund Fast-Start grant to investigate the effects of microinstabilities in plasma. Together with an American collaborator, Dr Squire will develop a new theory for the large-scale behaviour of plasmas under very hot conditions. This theory will measure the creation of microinstabilities and how they affect large-scale plasma motions and magnetic fields.

This study will critically improve our fundamental knowledge of this exotic but widespread form of matter. It will lay the foundation for understanding its turbulent behaviour, and yield the first practical techniques for simulating such plasmas. These in turn, are crucial for unravelling key astrophysical processes such as galaxy formation, the interaction of the Earth with the sun, and the magnetisation of the universe itself.