TB or not TB? Understanding the spread of tuberculosis in the Pacific

Dr Michael Knapp from the University of Otago will study ancient DNA from seal and human bones to map the arrival and spread of tuberculosis across the Pacific, to better understand how this disease spread and caused past epidemics 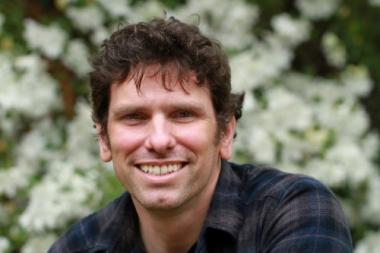 Tuberculosis (TB) is a major global health issue, infecting one-third of the world’s population. It is a common and costly infectious disease, also affecting other mammals, including livestock, pests and marine mammals. However, very little is known about how TB spread in the Pacific, and the subject is controversial. Evidence of TB infection in pre-European skeletons across the Pacific challenges the commonly-held view that sailors and settlers brought TB bacteria to the Pacific region, including New Zealand, in the 18th and 19th centuries.

Dr Michael Knapp from the University of Otago’s Department of Anatomy has received a Marsden Fund grant to determine the arrival and spread of TB across the Pacific region. Particularly intriguing is the idea that TB was introduced to New Zealand not by humans, but by marine mammals. Humans may have become infected by - for example - consuming seal meat. From there, the seal adapted TB strains may have evolved to “jump ship” to infect Māori well before the introduction of more modern strains of TB by Europeans. Dr Knapp will test this theory. Working with a team of biological anthropologists and microbiologists, he will use modern molecular tools on ancient DNA samples from human and seal bones to discover when and how different forms of TB arrived in New Zealand and infected humans.

This research will resolve a long-standing debate on how TB spread across the Pacific region. It will also lead to better understanding of the ways in which infectious diseases like TB move between animal and human populations, potentially causing significant epidemics.