A new way to study gout in Māori and Pacific populations

Associate Professor Alex Gavryushkin from the University of Canterbury, and Professor Michael Witbrock from The University of Auckland, will develop a novel computational tool for learning the genetic variations associated with the cause of gout

Gout is a painful form of inflammatory arthritis that disproportionately affects Māori and Pacific populations. It arises when urate crystals form in the joints, which happens when there are high levels of urate in the bloodstream. Genetic differences between people lead to variations in urate levels, influencing each person’s risk of developing gout. Being able to predict high urate levels from a person’s genetic makeup could lead to better health outcomes for gout sufferers. Previous researchers working on this problem used a powerful statistical technique called a genome-wide association study. However, this commonly used technique has limitations in predictability. 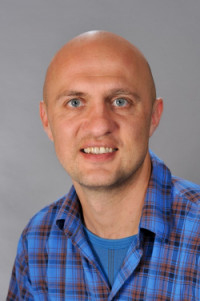 Attention-based deep neural network models are a recent innovation that have been successfully applied to some of the most challenging problems in computational biology (for example, image recognition and prediction of protein structure). In this Marsden Fund Standard grant, Associate Professor Gavryushkin and Professor Witbrock will coordinate a team including Dr Megan Leask (Kāi Tahu, Kāti Mamoe), Dr Karaitiana Taiuru (Ngāti Tahu, Ngāti Kahungunu, Ngāti Toa), and Professor Tony Merriman to develop an attention-based approach to genome-wide association studies. This project will be the first of its kind to explore the contribution of genetic interactions to disease. They will train the new tool with a large gout dataset from the UK, supplemented with data from a smaller cohort of Māori and Pasifika individuals. Techniques will be developed to eliminate biases in the data, and, since the genetic data represents whakapapa, tikanga will be at the forefront of the team’s approach. Whānau, hapū and iwi will be actively involved in interpretation of the data.

The project will contribute to the team’s long-term aim of developing a widely applicable tool that can be used for many different diseases. By informing improved treatment and diagnostics for Māori and Pasifika with regards to gout, the team’s research will also contribute to more equitable access to genetic services.