Deciphering gravitational waves and decoding signals from the Universe

In this Marsden Fund Council Award project, Professor Renate Meyer from the University of Auckland will lead a multi-institutional team that will make core contributions to gravitational wave science and facilitate participation of Aotearoa New Zealand scientists in the international LISA mission

Gravitational waves – ripples in space-time caused by accelerating massive objects – were predicted by Einstein’s theory of general relativity in 1916, but they weren’t directly measured until 2015. Whereas light waves have provided a picture of the Universe back to 400,000 years after the Big Bang, gravitational waves can give us information all the way back to a fraction of a second after the Big Bang. This ground-breaking discovery has marked the beginning of a revolution in astronomy. To clearly decipher these weak gravitational wave signals from instrumental noise, it is essential to carefully characterise the noise using statistical methods. 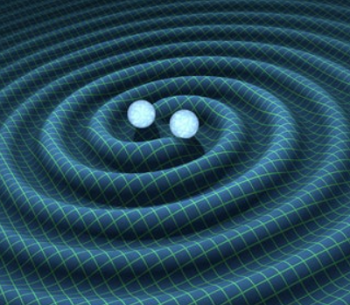 A new ‘Laser Interferometer Space Antenna’ (LISA) mission is being developed by the European Space Agency with the goal of launching in 2034. LISA will measure low frequency gravitational waves, offering ringside seats to mergers of black holes and neutron stars, which are among the most enigmatic objects in the Universe. Professor Meyer will lead a large interdisciplinary team bringing together expertise in mathematics, computational science, fundamental physics and novel statistical methodologies to make core contributions to gravitational wave science and facilitate participation in the LISA mission. The team will look at both the statistical challenges faced when attempting to extract the gravitational wave signals from the raw data, and the properties of key sources of gravitational waves. 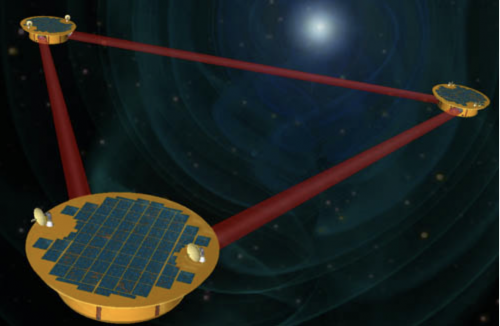 LISA (Laser Interferometer Space Antenna) is a space-based gravitational wave detector that will consist of three identical spacecraft in a triangular configuration, with sides of approximately 2.5 million kilometres. Image: ESA

The team’s goal is to build momentum for a decades-long collaboration with international teams in one of the world’s most exciting scientific endeavours. By doing so they will help realise the potential of gravitational wave observatories to advance stellar astronomy, galactic astrophysics, and fundamental particle physics.