2019: Dr Anna Gosling, University of Otago, has been awarded a Rutherford Foundation postdoctoral fellowship for research entitled: ‘Understanding the genetic origins of gout and metabolic disease in Pacific populations: an evolutionary approach’

Anna grew up in Waipawa, a small town in Central Hawkes Bay. As a child, she did lots of small nature studies, such as watching chicks grow up, identifying different insects and other wildlife in the garden, and collecting seeds from flowers that she wanted to grow in the garden the following year. Anna says her inquisitive nature was encouraged by her Mum and this definitely contributed to her choosing a career in science.

Anna became a researcher to solve puzzles. “Seeing how different pieces fit together to make a bigger picture is something that I really enjoy – and that is effectively what research is. Taking in diverse pieces of knowledge and solving problems. It was somewhat of a revelation that you could do this as a career.”

Anna got into this field of molecular anthropology by chance. Having graduated with a Bachelor of Biomedical Sciences majoring in Immunity and Infection and a Bachelor of Arts (Hons) in Archaeology, she was driven to make these two fields work together. As it turns out, understanding the past is vital for our understanding of the world around us today. As the proverb says “ka mura, ka muri” (we walk backwards into the future).

“This approach can be applied to understanding health in the Pacific and hopefully in a way that can benefit a lot of people. As scientists, we need to look across disciplines and see what other fields can contribute. There have been a lot of health researchers just talking to health researchers, archaeologists talking to archaeologists, geneticists talking to geneticists… We need to bring all of these together, and this is something I have been trying to do with my work.” 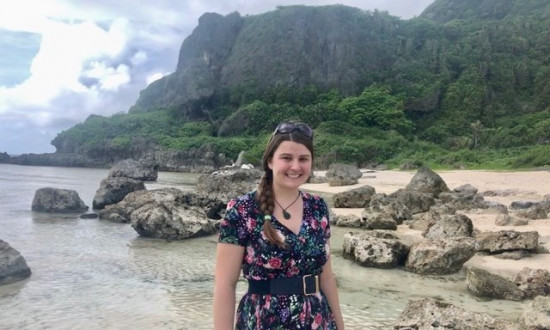 Dr Anna Gosling in Guam during participant recruitment for my project in 2019. Photo: supplied.

Māori and other Polynesian peoples share disproportionate rates of metabolic diseases such as diabetes, gout, obesity, kidney and heart disease. Many researchers attribute this high prevalence of metabolic disease to the adoption of a western diet and modern, inactive lifestyles. However, there are signs of gout and other metabolic diseases found in ancient skeletal remains throughout the Pacific, including the earliest settlers in Aotearoa, Vanuatu and Guam. This suggests that Pacific peoples have suffered from these conditions for thousands of years.

While we do know that there is a genetic predisposition to these diseases in Polynesians, we do not know how, when, or why this evolved, or if the same genetic markers are found across the Pacific. Is the propensity towards metabolic disease the result of deep ancestry, or the result of adapting to unique Pacific environments and conditions? Dr Anna Gosling will undertake the first Pacific-wide, interdisciplinary study, applying an evolutionary approach to understand what factors shaped Pacific genomes and contribute to the current high rates of metabolic disease.

Understanding how Pacific genomes were shaped and how this may have led to high rates of metabolic disease may change the erroneous perspective that modern metabolic disease is purely ascribed to lifestyle. This evolutionary perspective includes the hypothesis that there could have been historical benefits of genetic variants that now cause disease. The aim of this project is to provide sophisticated evidence-based insight into the differential prevalence of metabolic disease in Pacific peoples, which may help remove some of the stigma and shame associated with these diseases.