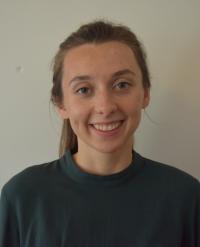 The microscopic quantum world is strange and counterintuitive. Nevertheless, uniquely quantum processes can be used to accomplish communication and information processing tasks that are impossible using only the rules of the day-to-day world. Our understanding and control of the quantum world has developed rapidly over the past ten years. However, we are still in our infancy in implementing quantum solutions for practical information processing tasks, such as secure communication through quantum cryptography and quantum algorithms.

Georgia Nixon from the University of Auckland has received a Cambridge-Rutherford Memorial PhD Scholarship to pursue a PhD investigating quantum complexity theory and its applications to quantum computing. Sitting at the intersection of computer science, physics and mathematics, quantum complexity theory examines the difficulty of problems based on models of what a computer algorithm is at a fundamental level, making full use of the laws of quantum mechanics. Ms Nixon will work with Professor Richard Jozsa, a world-leading academic in the Department of Applied Mathematics and Theoretical Physics at the University of Cambridge.

Understanding how problems are collected into groups of equivalent difficulty for a quantum computer – the so-called “complexity classes” – will help aid the development of a new era of extremely fast quantum computers. The results will help understand the capabilities and limitations of quantum computers, and how they might better simulate systems in nature, like the human brain or quantum chemistry reactions.