2019: Dr Nick Brettell, Victoria University of Wellington, has been awarded a Rutherford Foundation postdoctoral fellowship for research entitled: ‘Matroids representable over all fields of size at least four'

Nick first became interested in computer science when he worked as a software developer. During this time, he discovered that he was really interested in the theory of the underlying algorithms being implemented, and more generally, trying to find solutions to difficult problems. This eventually led Nick to do a PhD in mathematics.

When asked what he likes about mathematics, Nick says he enjoys starting from very solid foundations because you know precisely the parameters you are working under, and what you have in your toolkit, and then exploring what can be built from this foundation. “I like the certainty of it; once you prove something, it is a fact set in stone. And yet there is also a very creative side: there are many ways to approach a problem, and there can be surprising elegance when you find just the right strategy.”

Nick is excited to return to New Zealand for this postdoctoral fellowship, having lived and worked in four other countries (France, Hungary, the Netherlands, and the UK) over the last five years. It will also allow him to pursue the research that he is most passionate about, and in which he hopes to make interesting and meaningful advances! 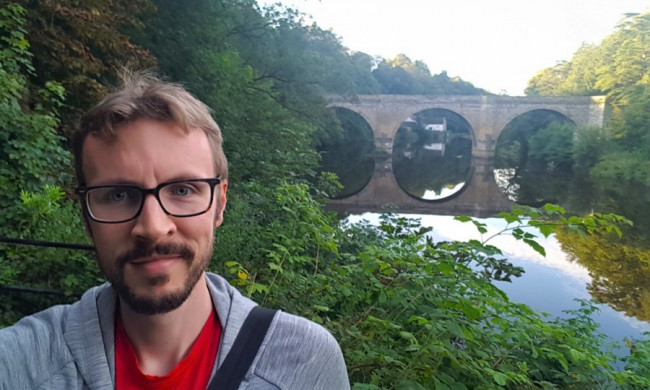 In mathematics, the discrete world is fundamentally different from the continuous one. Classical mathematics has primarily focussed on continuous structures – for example in calculus – but many systems we use to understand and interact with the world function use discrete objects (i.e. they have distinct, separated values). Computers are discrete machines, DNA is discrete, and the internet gives us information that is discrete. Matroids are abstract mathematical structures that can be used to describe the geometry that underlies discrete objects. This geometry is intrinsically different from the world described by classical mathematics. Any network, be it a computer network, a subway network, or a social network of friends, has an underlying discrete geometry that is described by a matroid.

In general, matroids can be wild (i.e. lacking structure and order), but a particular class of matroids has been shown to exhibit more structure, and these matroids underlie efficient algorithms and practical networks. Matroids in this class can be described by an array of numbers which belong to a special set known as a field – such matroids are said to be "representable" over the field. In particular, matroids in this class are representable over certain kinds of fields: those built out of only a finite collection of numbers. An example of such a finite field is the binary set which consists of only the numbers 1 and 0, which underpins all computation on a very basic level.

Dr Nick Brettell’s postdoctoral research will investigate the collection of all such matroids that are representable over any field which contains at least four numbers. Nick will be working with Professor Geoff Whittle, who leads a large research project in matroid theory. Previous work by Nick focused on technical steps that demonstrate this innovative approach is genuinely achievable. The successful completion of this project would represent a major achievement for matroid theory and a vital step towards future research in the area.