2018: Ms Rachel Baxter, University of Otago, has been awarded a Cambridge Rutherford Memorial PhD Scholarships for research entitled: “Investigation of timescales and processes of basaltic magma during storage.” 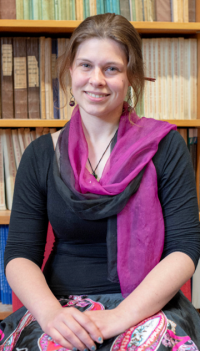 Volcanoes are one of the most powerful embodiments of natural forces on Earth.  Volcanism has been implicated in a high-profile list of catastrophic events, from major climate change to the demise of the dinosaurs and the heavy toll on communities that throughout history have chosen to call volcanic flanks home. These geological phenomena are just the surface manifestations of largely unseen underground dynamics driving the terrestrial landscape from deep below the Earth’s surface. Today, many of the fundamental aspects of volcanism, such as the initial trigger for magma ascent and eruption, remain poorly understood.

Rachael Baxter has been awarded a Cambridge-Rutherford Memorial PhD Scholarship to study the crystals formed throughout the storage and ascent of magma during and preceding eruptions in Iceland.  The composition of these crystals can tell us about the pressure and temperature that exists in the magma as it rises to the surface. Studies thus far have revealed changes in the crystals on short time-scales from days to weeks preceding eruptions.  In her PhD work, Ms Baxter will collect and chemically characterise new samples to investigate the diffusion of chromium and aluminium within the crystals. These elements are chosen for their specific role in the processes operating in the stored magma on much longer time scales, from months to years prior to eruption. This will help to pin-point the initial trigger that causes stored magma to ascend and erupt.