Molten rock, also called magma, heats surrounding rock and fluids. This is what creates the vast geothermal resources in Aotearoa’s Taupō Volcanic Zone (TVZ). But what actually happens at the interface between magma and these geothermal systems, 4-5 kilometres below the surface?

This is a significant question from both a natural hazard and an economic perspective. As geothermal fluids circulate through the crust they interact with the host rock, which changes the chemistry of the fluids and hydrothermally alters the rocks. At the deep magma-geothermal interface, the geothermal fluids can can transport high concentrations of valuable metals that may later form ore deposits. This deep interface also has enormous potential as a source of clean geothermal energy, offering higher temperatures than conventional geothermal wells at shallower depths. Of course, interactions between magmas and geothermal fluids in the crust can also produce deadly eruptions. In fact, the Earth’s largest explosive eruptions may result specifically from the melting of deep, hydrothermally-altered rocks. The management of both the benefits and risks associated with geothermal systems are fundamentally limited by knowledge of the magma-geothermal interface.

Dr Rooyakkers is returning to Aotearoa after completing his PhD in Canada on Icelandic volcanism. He aims to answer questions on how TVZ magmas are generated, the depths to which geothermal fluids circulate, and the extent to which the fluids and magma directly interact. The key to studying such an inaccessible environment will be tracking oxygen and hydrogen isotopes, as these are effective tracers of magma, rock, and fluid interactions at depth. Dr Rooyakkers will generate an extensive oxygen and hydrogen isotope dataset from magmatic, geothermal, and crustal minerals found in the TVZ. Together with existing geothermal data, this will provide a complete picture of fluid pathways and magma-geothermal interactions in the TVZ from the source to the surface. This work will provide a bridge between two large-scale, MBIE-funded research programmes on TVZ silicic volcanism and Aotearoa’s geothermal resource, and build a holistic view on the treasures and threats of the vast geothermal region on our doorstep. 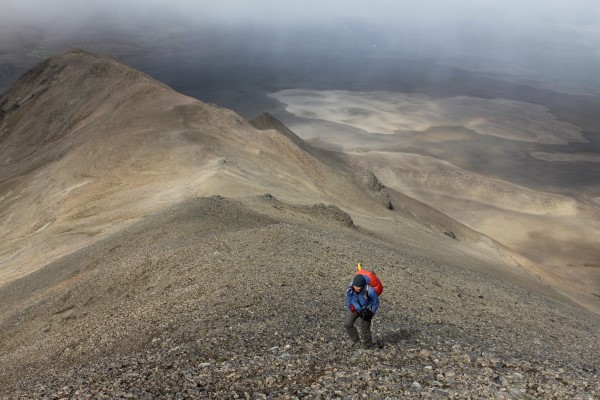