Dr Lena Collienne, Department of Computer Science, University of Otago, has been presented with the Hatherton Award by Royal Society Te Apārangi for identifying a biologically meaningful way to calculate distances between evolutionary histories, such as between species or variants in genomic data analysis.

The number of steps needed to map one evolutionary tree onto another is described as the distance between them. To date, these distances have been complex and impractical to compute. 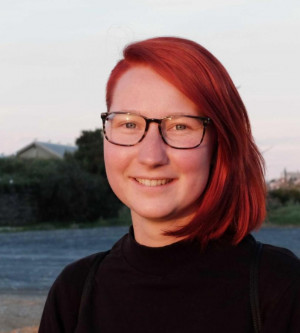 Lena established that a tree rearrangement-based distance called Ranked Nearest Neighbour Interchange (RNNI) can be computed and discovered an efficient algorithm to do so. With Lena's algorithm, it is now possible to compare trees for large data sets efficiently, using a biologically-meaningful tree rearrangement-based distance.  This is the first positive result in over 20 years of research.

The algorithm she found is efficient enough for all current applications and it has been incorporated into the widely-used BEAST phylogenetic software package for analysis of genomic data.

Hatherton Award
For the best scientific paper by a PhD student at any New Zealand university in chemical, physical, mathematical and information sciences.

Citation:
For identifying a biologically meaningful way to calculate distances between evolutionary histories.