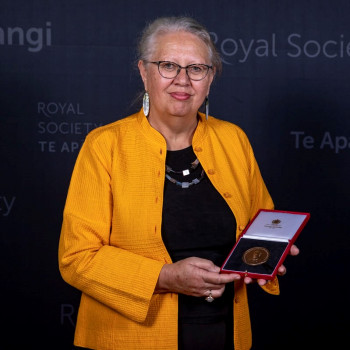 Yvonne’s research and leadership of several major initiatives in many parts of the Pacific have deepened our understanding of the complexities of gender relations in Pacific communities, including those in Aotearoa.

She highlights the intersection of gender relations with familial, generational, sociocultural, religious, and political relations, which are regarded by Pacific Islanders as equally, if not more, important than gender.

Metge Medal:
For excellence and relationship-building in the social science research community

Citation:
For intellectual leadership on gendered social relations which have transformed Development as accepted practice in Aotearoa and the Pacific.