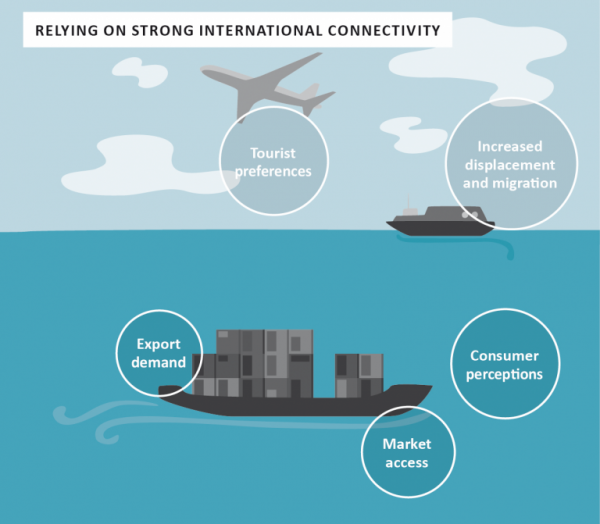 Four key risks of relevance to New Zealand and its international connections are:

While New Zealand agriculture could benefit from increasing global commodity prices in the long term, there are many negatives.

We gain significant revenue from long-haul tourism which could be reduced if the acceptability of long‑haul travel, and costs of fossil fuels, are affected by climate change.