Fire and ice: Mapping the magma flow to Antarctica's most active volcano

Mount Erebus emerges from the clouds, Dec. 10, 2016, in Antarctica. Erebus is the southernmost active volcano in the world. Photo: Danny Uhlmann

On a quest to map the magma source of Mount Erebus in Antarctica, one of the most remote and highly active volcanoes in the world, scientists needed the expertise of mountaineer Danny Uhlmann 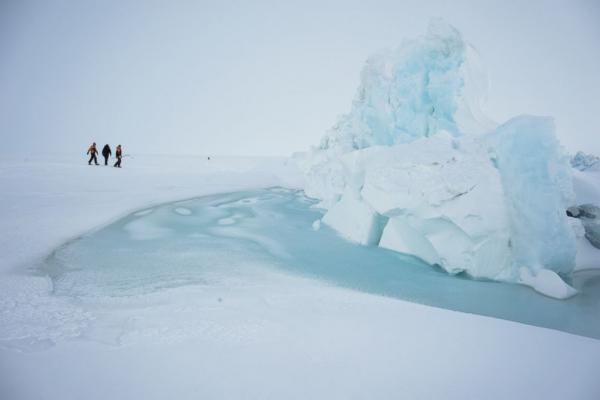 Scientists and base staff walk through pressure ridges in sea ice just outside of Scott Base the New Zealand Antarctic research facility near Mount Erebus, Nov. 21, 2015. Photo: Danny Uhlmann

From altitude sickness to dealing with potentially deadly crevasses while traversing the glacier, Uhlmann was responsible for the team's safety during the expedition. A crevasse is a deadly trap for unprepared climbers; frequently camouflaged in snow, the opening in glacial ice can be hundreds of feet wide and well over 100 feet deep. 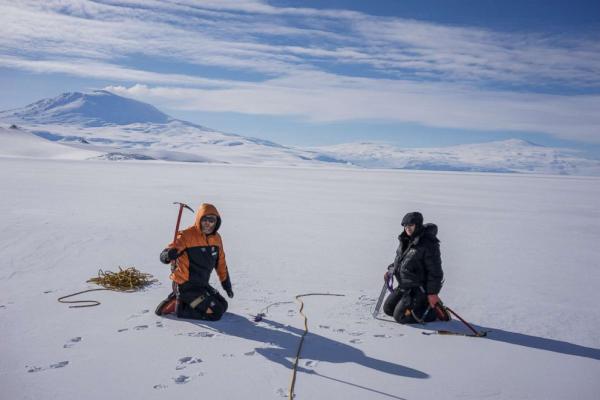 Dr. Martyn Unsworth and Dr. Virginie Maris practice mountaineering skills on the Ross Ice shelf. Here they are learning how to rescue someone who has fallen into a crevasse. Photo: Danny Uhlmann

Under Uhlmann's guidance, the team wore climbing harnesses on the glacier and were trained to execute crevasse rescues using specialized rope techniques involving clamps and pulleys. Additionally, Uhlmann assessed the safety of the terrain for landing a helicopter at numerous measurement locations. 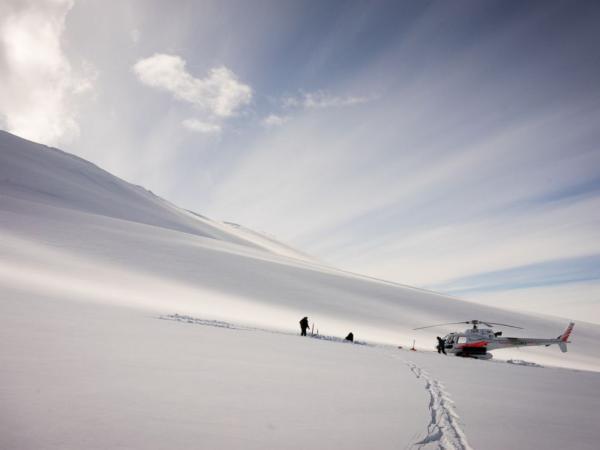 Magma is molten rock below the earth's surface. When it erupts from a volcano or a fissure in the ground it's called lava. The project of creating a 3D map, like a CAT scan of the Earth, to trace the source of the magma flowing out of Mount Erebus was led by principle investigators Dr. Phil Wannamaker and Dr. Graham Hill. Funding was provided by the National Science Foundation grant and Royal Society of New Zealand. This was Dr. Wannamaker's seventh trip to Antarctica and Dr. Hill's fifth. Dr. Wannamaker told ABC News, "All trips have included a mountaineer/field safety trainer. The Erebus trip was unique in the elevation range we worked over, from sea level to 12,400' -- the number of field seasons and general exposure to weather and crevasse hazard." 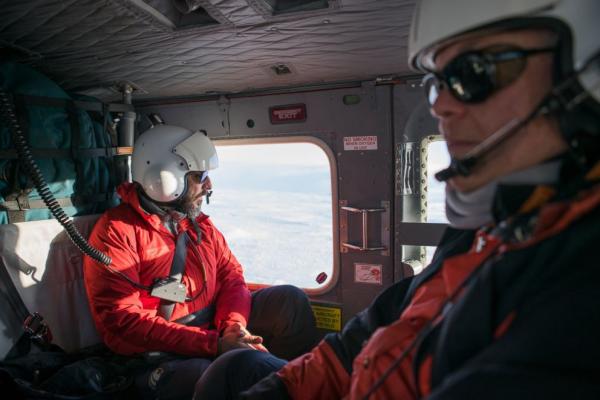 The scientists selected this particular volcano for several reasons; the first was that it is the world's best example of a phonolitic volcano, which formed in the early stages of the Earth rifting apart. It is also one of the most active volcanoes in the world, with a persistent lake of lava at the summit. Its close proximity to the McMurdo Station, a U.S. research center, and New Zealand's Scott Base benefited the scientists. 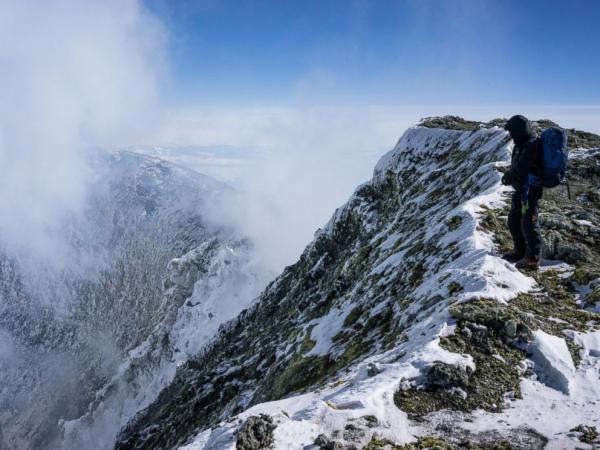 The team gathered data from over 120 sites using a specialized geophysics technique, magnetotellurics, which will "see" more than 50 miles down into the Earth's upper mantle. In other projects, this type of geophysics research has allowed scientists to peer hundreds of miles into the Earth, "creating a new understanding of the basic processes that are functioning all the time beneath our feet, going back billions of years, and to be continued for billions more,” according to Uhlmann. 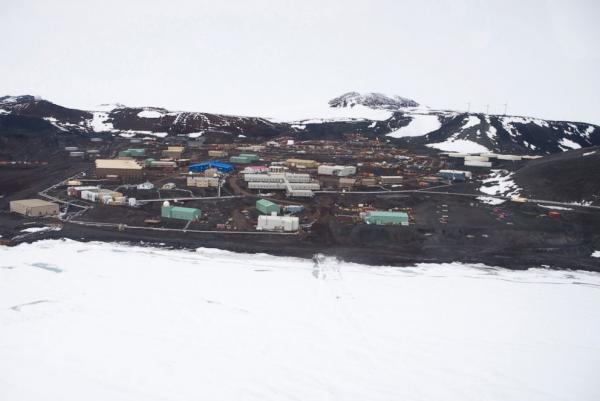 Dr. Wannamaker told ABC News in an email, "Projects go smoothly and are a delight if all personnel – scientists, engineers, field safety, students, base support staff – recognize each other as peers and that the science is the primary goal."

Uhlmann, who also works as a photographer, explained why he was interested in the research project. "This is something that needs to be seen. These scientists are not the type of people that put themselves in the spotlight and these places they travel to are very rare to see," he said. 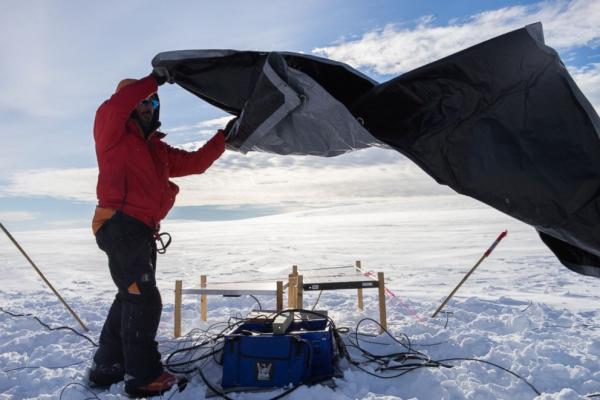 Dr. Paul Bedrosian covers the geophysics equipment before leaving it on a glacier to collect data. Photo: Danny Uhlmann 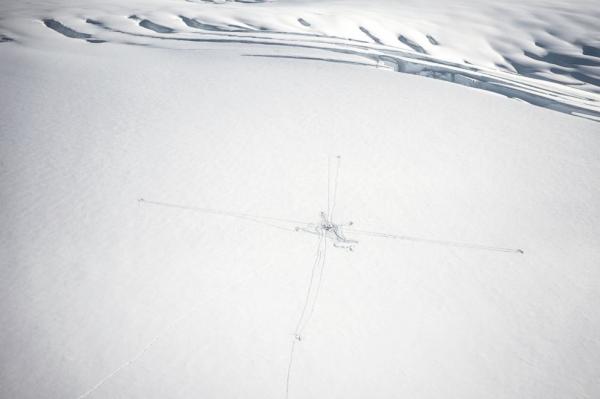 An aerial view of a just installed magnetotellurics station. Like a cat scan of the human body, it uses tomographic techniques by measuring the magnetic and electric fields. This method can image the earth's structure down hundreds of feet. Photo: Danny Uhlmann 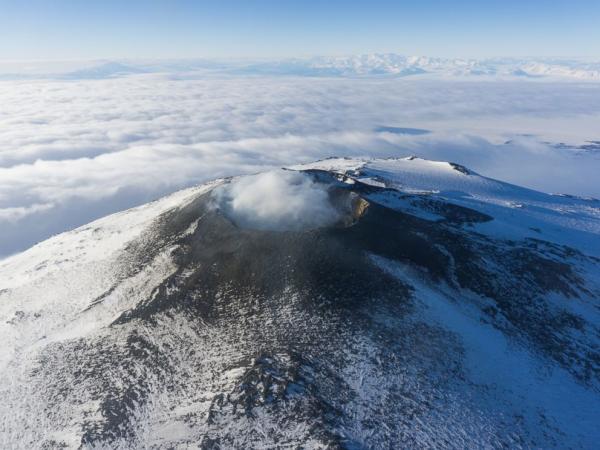 The crater of Mount Erebus is viewed from helicopter as steam is emitted from the molten lava lake a few hundred feet beneath the crater rim. In the background are the Transantarctic Mountains, one of the longest mountain chains in the world. Photo: Danny Uhlmann