There’s no evidence to show a long-term link between aggressive video games and youth aggression, according to a new meta-analysis of 28 studies comprising around 21,000 participants

Overall, evidence suggested that violent video games did not have an appreciable impact on later aggression, measured on a range of time-scales between 3 weeks and 7 years. The study authors, one of whom is a New Zealand researcher, say that in some cases, poorer quality studies may have exaggerated the impact of games on aggression, with better quality studies clarifying that such effects are negligible. 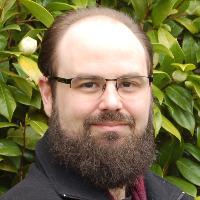 "After conducting a meta-analysis on the available research, we find that playing violent video games does not appear to meaningfully increase the aggressiveness of players over time.

We pooled 28 studies containing approximately 21,000 participants to investigate whether people who played violent video games for longer than three months would experience increases in their aggressiveness. Our study also judged the quality of previous studies, looking at whether they used clinical measures of aggression or objective ratings of violent content. We hoped to determine whether previously observed effects may have been inflated by the quality of the studies conducted.

There is a long standing debate in the scientific literature about whether violent video games increase aggression. We found an extremely small effect of violent game play on aggression, which in our view is too small to be practically meaningful. More importantly, we found that high-quality studies typically had effect sizes which were statistically indistinguishable from zero, implying no significant relationship between violent gameplay and aggression in the highest quality studies. We also found evidence that longer time periods were associated with smaller changes in aggression suggesting that, contrary to previous suggestions, violent gameplay does not cumulatively increase aggression over time.

Taken together, the results strongly imply that violent games do not meaningfully increase the aggressiveness of players over time. We call for greater use of pre-registration practices in future work on violent video games to help reduce researcher subjectivity and increase the quality of research in this area."