Exception to the rule: why were female moa larger than males?

Dr Kieren Mitchell, of Otago and Adelaide Universities, will use ancient DNA to investigate why female moa were so much larger than their male counterparts

Among birds and mammals, males are typically larger and/or more colourful than females.  For example, male southern elephant seals are up to four times the size of females; and peacocks have brilliantly coloured feathers compared to peahens. These intriguing differences are thought to result from competition between males for mating rights with females.

In contrast, among Aotearoa’s nine species of extinct moa, females were more than twice the size of males. The phenomenon, known as ‘reverse sexual dimorphism’ is rare and its causes and consequences are hotly debated. This size reversal is also seen to a lesser extent in some living flightless birds closely related to moa, such as kiwi, emu and cassowary, but not in others, such as rhea and ostriches. This diversity in female/male size makes moa, and their relatives, an ideal system for studying reverse sexual dimorphism. 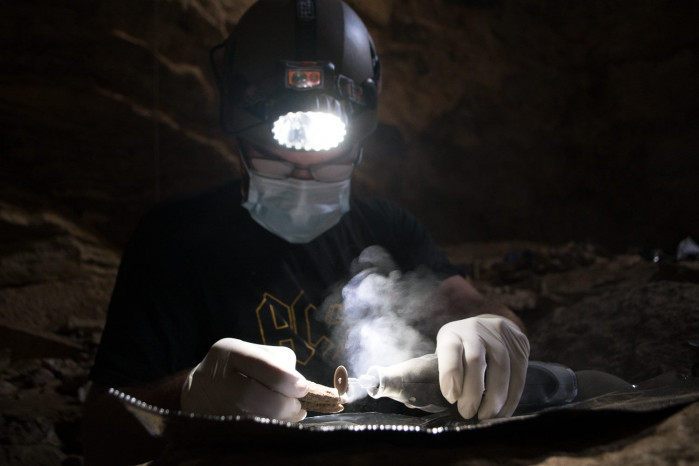 Dr Mitchell has been awarded a Marsden Fund Fast-Start grant to investigate this phenomenon.  He will isolate ancient DNA from moa bones found in university and museum collections held by New Zealand universities. Dr Mitchell proposes that female moa competed for territory and access to males - a reversal of the usual situation. He will determine if this atypical mating behaviour has left a genetic legacy within moa ancient DNA. This study will develop moa as a globally significant model system for studying the evolution of mating systems and provide new insight into the biology of these vanished giants.