Home What we do Our medals and awards Medals and Awards News 2015 Te Rangi Hiroa Medal:Health and it's social and political context

2015 Te Rangi Hiroa Medal:Health and it's social and political context

Associate Professor Ruth Fitzgerald has been awarded the Te Rangi Hiroa Medal by the Royal Society of New Zealand for her work as a medical anthropologist that has placed many health issues such as genetic testing, reproductive decisions and oral health in a New Zealand social and political context.

Her research covers the anthropology of health and medicine in New Zealand with a particular focus on biotechnologies such as genetic testing. She uses qualitative research methods to study cultures around health care.

She has written on health policy, health practitioners and the experiences of people with illness and disabilities and has made a valuable contribution to these communities and New Zealand public health policy, the medal selection panel said.

She has researched topics such as: 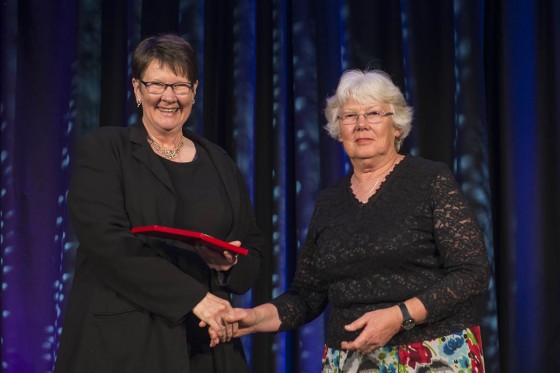 Associate Professor Fitzgerald has recently finished working on a three-year Marsden funded project “Troubling Choice,” which explored the everyday ethical thinking of people who live at the intersections of reproductive, genetic and moral choices.

“I am truly delighted to receive this medal,” Associate Professor Fitzgerald said.

“I would like to thank my research colleagues, both in New Zealand and abroad, and all of my postgraduate students, for the manner in which they have contributed to the collaborative and collegial research environment in which I have been so fortunate to work.

“Most of all, I wish to thank the participants in all of my studies who have graciously allowed an outsider into their lives at various and often quite private and troubling moments.”

Citation:
To Ruth Patricia Fitzgerald for her significant contribution to medical anthropology in areas of social and political importance in New Zealand.