Home What we do Our medals and awards Medals and Awards News 2015 Pou Aronui Award:Promoting indigenous rights and scholarship

Professor Margaret Mutu has been awarded the Pou Aronui Award by the Royal Society of New Zealand for her sustained contribution to indigenous rights and scholarship in New Zealand.

The award selection committee noted she is esteemed nationally and internationally for her indigenous research and work on rights over three decades.  “As claimant, researcher, cultural expert, and negotiator for her own people, Margaret has tangibly enhanced their cultural and economic wellbeing.

“The integration of her expertise in linguistics, oral histories and treaty settlements has also contributed significantly to the revitalisation of language and culture in Māori communities more broadly.”

Her research spans a wide range of topics:

She also plays a role in nurturing Māori research through formally and informally mentoring emerging Māori scholars across New Zealand.

Her authored books, in addition to her numerous articles and book chapters, are:

On receiving the Pou Aronui Award, Professor Mutu said: “It has been a huge privilege to carry out the wishes of my Ngāti Kahu, Te Rarawa and Ngāti Whātua elders. They wanted the extensive knowledge and wisdom they had passed on to the following generations to be made available and understood not only locally, but also nationally and internationally.  The task is far from complete. We are very grateful and wish to thank the Royal Society of New Zealand for acknowledging how important this work is by making this award.” 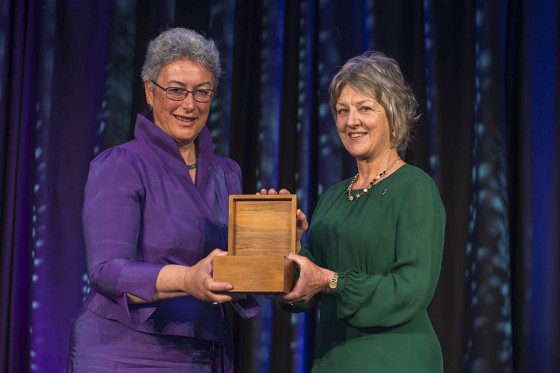 Professor Mutu is a Professor in Māori Studies at the University of Auckland. She is Chairperson of two of her marae and Te Rūnanga-ā-iwi o Ngāti Kahu (Ngāti Kahu’s parliament).

She has received a number of awards and visiting fellowships including most recently Visiting Professor, Department of Native American Studies, Linguistics and Anthropology, Dartmouth College, New Hampshire, US, (2009).

Citation:
To Margaret Shirley Mutu, for her sustained contributions to indigenous rights and scholarship in New Zealand.