Home What we do Our medals and awards Medals and Awards News 2017 Mason Durie Medal: Viewing institutions through a social lens

Professor Cris Shore FRSNZ has been awarded the Mason Durie Medal for his contributions to political anthropology and the study of organisations, governance and power.

He has applied social anthropology methodologies to study organisations and policy as a way of understanding modern society and culture.

He then used them to gain an understanding of the formation of the European Union by studying the European Commission’s civil servants in Brussels. His book ‘Building Europe: The Cultural Politics of European Integration’ was prescient of the Eurozone crisis and Brexit and the EU has appointed him as an expert advisor five times.

Professor Shore says that studying policy through an anthropological lens connects macro-level, global processes to micro-level everyday practices that people engage in, overcoming one of the key challenges of modern social theory.

In recent years, Professor Shore has theorised about ‘audit culture’, studying the growing trend of using accountancy techniques as instruments of management and relying on metrics to evaluate performance in numerous institutions, including universities, health services and funding institutions.

The medal selection committee noted that Professor Shore has made an exceptional contribution to the social sciences that is internationally recognised. 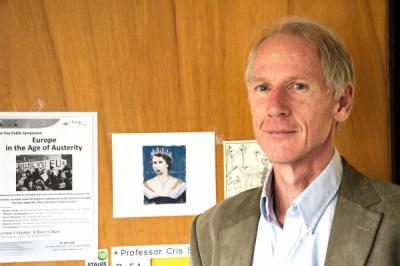 Professor Shore said he was “honoured and thrilled” to receive this award.

“I am a passionate believer in the value of anthropology and the social sciences for understanding the major social problems and political challenges that our world is facing today. I'd like to thank my colleagues in anthropology – and the Royal Society Te Apārangi in particular for its work in enhancing the visibility of New Zealand social science research.”

For advances in the frontiers of social science.

To Crispin Nicholas Shore for his influential research relating to anthropology, policy and European politics.