Home What we do Our medals and awards Medals and Awards News 2017 Early Career Research Award in Social Sciences: Why we don’t take collective action against inj

Rates of inequality are rising in New Zealand and around the world and, although inequality undermines the wellbeing of both the poor and wealthy, collective action to redress inequities is rare. Dr Osborne’s pioneering research increases understanding of the infrequency of protests by identifying the psychological barriers to collective action.

He has sought to understand what influence different belief systems have on legitimising social injustices, including:

His research examines New Zealanders’ socio-political attitudes and reveals the importance of fundamental psychological processes that undermine collective action, including:

Dr Osborne’s publication record includes 71 peer-reviewed publications (60 articles and 11 book chapters) and he has supervised 29 postgraduate students. He has also been invited to speak at Parliament and workshops held by the Electoral Commission. Moreover, he is on the advisory board for Vote Compass (an online voter education tool) and is a core member of the central management team for the New Zealand Attitudes and Values Study—a nationally representative longitudinal study that examines changes in New Zealanders’ attitudes over time.

The award selection committee noted his significant mentoring of research students and his community engagement in making this award. 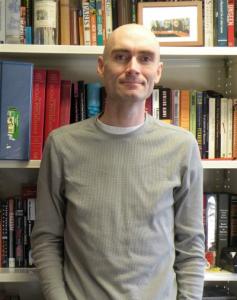 Dr Osborne said he was “incredibly honoured” to be the inaugural recipient of the Royal Society Te Apārangi Early Career Research Award in Social Sciences.

“Given the rising rates of inequality and acts of injustice perpetrated across the globe, it is becoming increasingly important to understand both when people are likely to protest their disadvantaged status, and why they sometimes do not engage in collective efforts to redress inequality. I hope that my work in this area helps to uncover these two important questions, with the ultimate goal of increasing our understanding of how we can make the world a fairer are more equitable place.”

For emerging researchers in social sciences research in New Zealand.

To Danny Osborne for his prolific research programme which has advanced understanding of the psychological barriers to collective action.