Home What we do Our medals and awards Medals and Awards News 2018 Mason Durie Medal: Reshaping our understanding of the last great human migration

Professor Lisa Matisoo-Smith FRSNZ has been awarded the Mason Durie Medal by Royal Society Te Apārangi for her ground-breaking work that has, through strong relationships with New Zealand's Indigenous people, reshaped our understanding of the last great human migration into the Pacific.

Lisa Matisoo-Smith is Professor of Biological Anthropology in the Department of Anatomy at the University of Otago and is an internationally renowned biological anthropologist. She has used leading-edge technologies for interrogating both ancient and modern DNA to address fundamental anthropological questions, particularly those concerning the origins of Pacific peoples. Lisa has used the DNA signatures of both modern and ancient Pacific peoples, alongside those of their plants and animals, to better understand the settlement, history and prehistory of the Pacific. 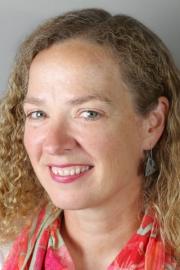 Lisa works closely with indigenous communities and has strong ties with these communities through a deep mutual respect built across decades of interactions. As part of a collaboration with Rangitāne o Wairau, the Canterbury Museum and the University of Otago, Lisa worked closely with the Rangitāne o Wairau iwi to genetically examine the remains of their tupuna from the Wairau Bar – the first New Zealanders. This work continues through Marsden-funded research to further study the DNA of the Wairau Bar tupuna and connects to the Africa to Aotearoa Project, which focuses on the genetic ancestry of living New Zealanders and celebrates our diverse origins and histories. The importance of this to iwi is palpable as Richard Bradley said when in the role of Rangitāne development manager: “Through Lisa’s work our people now know 'I am the descendant of the first people that settled this land, and my people have been here for the past 800 years surviving, breeding and harvesting the land'.”

In addition to understanding the migration and settlement history of New Zealand, Lisa’s current work addresses numerous questions that have remained unanswered, particularly regarding the health of ancestral New Zealanders, and how that has shaped the modern landscape of both health and disease. Were particular lineages lost due to the introduction of European diseases? Do these early ancestors have the genetic markers found in modern Māori and Pacific people linked to predisposition to diseases like gout and type-2 diabetes? Her work plays a critical role in explaining some of the biological bases for present-day health inequalities, allowing them to be tackled in appropriate social and clinical contexts. By engaging with whakapapa as well as providing important insights into health and disease affecting modern populations, Lisa’s work uniquely gives back to communities.

In awarding this medal, the selection committee noted Lisa’s prominence in her research sphere internationally and said her deep commitment to working with indigenous people in such a way that deep mutual respect is built is exemplary.

On being awarded this Medal, Lisa said: “While I feel honoured to receive this award, my work is really only possible through collaborations with communities and colleagues – it has been a privilege to work with them all.”

Lisa has received much recognition for her work. Internationally, she is one of twelve elite investigators who led National Geographic’s Genographic project, and was elected a Fellow of the Society of Antiquaries (London) in 2009. In New Zealand, Lisa’s honours include being elected as a Fellow of the Royal Society of New Zealand (2013), awarded a James Cook Research Fellowship (2013), received several Marsden Fund grants, and the University of Otago Research Medal (2016). Lisa’s research has been covered by the New York Times, LA Times, Time, New Scientist and is the topic of several major documentaries (TVNZ, ABC, National Geographic, History Channel).

For advances in the frontiers of social science.

To Elizabeth Anne Matisoo-Smith for her ground-breaking work that has, through strong relationships with New Zealand's Indigenous people, reshaped our understanding of the last great human migration into the Pacific.