Home What we do Our medals and awards Medals and Awards News 2018 Pickering Medal: Making the grass 'greener' by commercialising a novel grass-fungi partnership

A research team from AgResearch led by Dr David Hume has received the Pickering Medal from Royal Society Te Apārangi for work to discover, patent and commercialise a new endophyte for ryegrass. The endophyte provides ryegrass with high levels of protection against insect pests while maintaining the health and productivity of grazing animals, resulting in large gains in farming productivity.

The Epichloë fungus lives as an ‘endophyte’ within ryegrass and provides protection from insect pests. Some toxins produced from this symbiotic relationship are responsible for animal health problems and reduce the amount of meat or milk produced by grazing animals. The AgResearch ‘endophyte team’ discovered a novel endophyte, AR37, which provides ryegrass with better insect protection and plant persistence but with few adverse effects on animal health. The commercialisation of AR37 in a wide range of ryegrass cultivars has led to greater productivity and persistence of pastures, resulting in increased animal productivity. 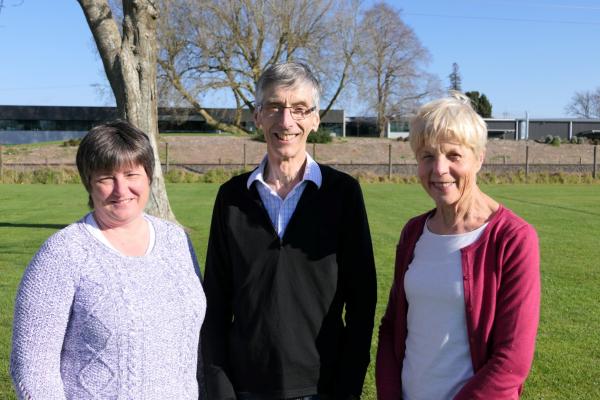 Some of the members of the 'endophyte team' (from left): Sarah Finch, David Hume and Alison Popay 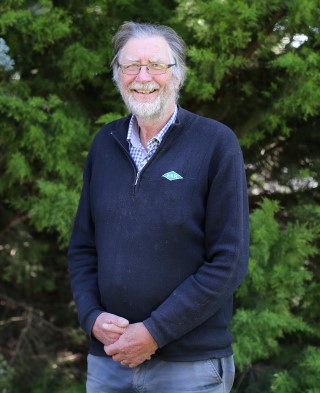 The team members have worked for many years to identify the chemical basis driving the desirable and undesirable effects of endophytes. They sought novel endophyte strains that do not produce the known mammalian toxins and in the process discovered strains with novel chemistry such as AR37  that affect a range of pasture pests, with enhanced agronomic performance and persistence of the ryegrass plant, and the health and productivity of grazing animals.

This has involved ongoing multidisciplinary research to identify the chemistry and biological activity of specific alkaloids, as well as understanding the biological interaction between the ryegrass host and the fungal endophyte. The team has led the world in the research, development and commercialisation of novel Epichloë strains in pastures and provided ongoing science to support AR37 in the market place.

It has been estimated that the use of AR37 endophyte in New Zealand has a cumulative value to date of $125 million and will have contributed NZ$3.6 billion to the economy through the life of its patent.

In awarding the medal, the selection committee recognised that the successful commercialisation of AR37 represents two decades of multidisciplinary research where the team built a strong and sustained presence in the international literature over this time, while continuously engaging with the farming industry. “This has been the result of not just excellent science but also the effective commercialisation of the technology and a remarkable uptake rate by farmers, particularly in New Zealand.”

On accepting the medal on behalf of the team, David said: “We were very surprised and feel extremely honoured to be awarded this prestigious medal. It represents the efforts of a talented team of researchers, who through innovative experimentation, developed a solution that is benefitting our environment and the sustainability of our farming systems.

“The team had a vision for a smart solution – AR37 is the pinnacle of several decades of work.

“Strong, long-term funding from Government to understand the biology of the system has been pivotal.

“Also, while we had a great idea and solution, our industry partners Grasslanz Technology and PGG Wrightson Seeds have provided essential investment and capability to enable the widespread uptake by farmers.

“Industry-good organisations such as Beef & Lamb NZ and DairyNZ have also made important contributions to the development of this technology for their sectors.”

To recognise excellence and innovation in the practical applications of technology.

To the AR37 Novel Endophyte Team for their leadership in developing and supporting the AR37 endophyte in agriculture which is estimated to contribute NZ$3.6 billion to the New Zealand economy through the life of the patent.