Home What we do Our medals and awards Medals and Awards News 2017 Callaghan Medal: Upskilling society in science

Professor Peter Shepherd FRSNZ has been awarded the Callaghan Medal by Royal Society Te Apārangi for pioneering activities to increase the understanding of science by the New Zealand public.

After realising how little the public understood about his own field, how obesity and type-2 diabetes develop, he set out to improve public understanding about science. Shepherd is a Professor of Cell Signalling and Deputy Director of the Maurice Wilkins Centre at the University of Auckland.

One of his initiatives has been to deliver high quality scientific information to secondary schools. Professor Shepherd initiated and developed a programme of free professional development days for secondary school biology teachers throughout New Zealand, now in its fifth year. These events help keep teachers up to date with the very rapid developments in modern biology. They provide presentations from leading New Zealand scientists, teaching resources to help teachers deliver the NCEA curriculum, updating and inspiring the teachers as well as providing practical support. So far 35 such days have been run, with 18 outside the main centres.

Professor Shepherd worked closely with teachers to design and develop these events, so they are highly relevant to daily science education and allow thousands of students to keep up to date with the latest science knowledge. Professor Shepherd also facilitates direct links between schools and New Zealand’s scientific research community. For example, the new “Sugar in Schools” study he is organising is a collaborative research project with over 40 schools throughout New Zealand.

"In our rush to find better ways to communicate science we have sometimes undervalued the most obvious way of doing this, which is through schools.

“Continual upskilling and empowering of our science teachers and developing new school-based science programmes is something we haven’t done well in the past but is a really cost effective way of getting more members of our communities to understand and buy in to the real benefits science offers our society.” 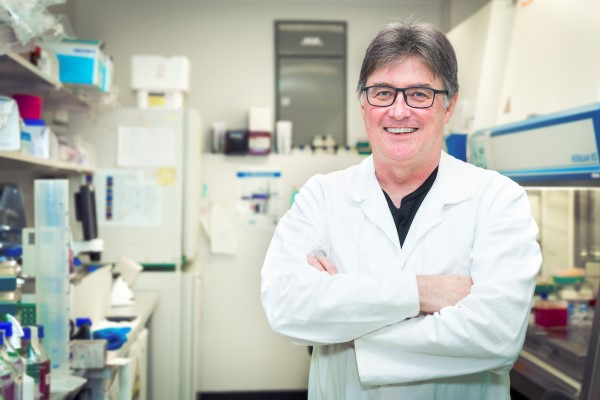 Professor Shepherd took over as chair of the Queenstown Molecular Biology Society in 2005 and has expanded their event, Queenstown Research Week (QRW), so it is now New Zealand’s largest annual scientific meeting, with attendees increasing from 100 to over 1200. He has worked extensively with the media to use QRW as a vehicle to publicise new scientific developments, including bringing leading science journalists to QRW to meet top level international scientists attending (including 10 Nobel prize winners) as well as leading New Zealand scientists at all career stages.

In recent years, Professor Shepherd has also initiated public communications events during QRW, bringing the scientists out from the conferences into the communities that host them. He is an active public communicator himself, regularly presenting public lectures on diabetes and obesity (including in provincial centres such as Tauranga, Wanaka, Queenstown and Nelson) and is frequently interviewed by the New Zealand media.

The medal selection committee noted his exceptional effectiveness and energy for science communication, which goes far above and beyond expectations for a university professor. “The impact of that devotion to science communication is already evident, both in secondary schools and the wider community.”

Professor Shepherd is based at the Department of Molecular Medicine and Pathology at University of Auckland as well as the Auckland Cancer Society Research Centre and the Maurice Wilkins Centre for Molecular Biodiscovery. He was elected a Fellow of Royal Society Te Apārangi in 2016. He was awarded the 2002 RD Lawrence Lecture at Diabetes UK Annual Meeting – awarded annually to a diabetes researcher under 40 working in UK in recognition for contributions to diabetes research and in 2002 received the London Biotechnology Network Young Entrepreneur of the Year –awarded in recognition for efforts is establishing UCL spinout company Xcellsyz Ltd.

To Peter Robin Shepherd for his pioneering work in transferring scientific knowledge to the community, including developing new mechanisms for communicating science to secondary school biology teachers and students, and his role in developing major events connecting leading scientists with the public.