Home What we do Our medals and awards Medals and Awards News 2017 Cooper Award: Earthquake-safe buildings

2017 Cooper Award: Earthquake-safe buildings that ‘absorb energy and carry on’

Geoff Rodgers with his dampers in Forté Health building

Associate Professor Geoff Rodgers, from the University of Canterbury, has received the Cooper Award, the Royal Society Te Apārangi Early Career Research Excellence Award for Technology, Applied Science and Engineering, for developing new technology for earthquake-safe buildings that do not require repairing after large earthquakes.

Current designs for earthquake-safe buildings feature structures that will absorb energy and prevent building collapse. While they saves lives, the buildings experience significant damage in an earthquake, with high repair costs and significant downtime following a quake. These are referred to as ‘sacrificial structures’. In Christchurch, it is estimated that much of the overall NZ$40B cost is a result of this sacrificial damage design approach.

Associate Professor Rodgers has designed new structures and dampers that not only absorb energy to prevent building damage during an earthquake, they do not need to be replaced or reset after a large earthquake, eliminating downtime and interruption in the building’s use.

These dampers, which use the reversible extrusion of lead to absorb and dissipate energy, have been used in the new Forté Health specialist hospital in Christchurch and will provide protection during earthquakes. They are used with a low-damage ‘rocking-wall’ design.  These devices were produced locally through collaboration with the engineering industry.

Associate Professor Rodgers has now been invited to work on incorporating his dampers into a low damage community housing project in San Francisco.

He is also involved in project to test a three-storey reinforced concrete rocking-wall structure, with funding from the New Zealand government and Tongji University in Shanghai.

Associate Professor Rodgers says he is “delighted” to receive this award from Royal Society Te Apārangi. “It is a great recognition for an early career researcher and I commend the Society for their support of young researchers as they develop a research career in the New Zealand.” 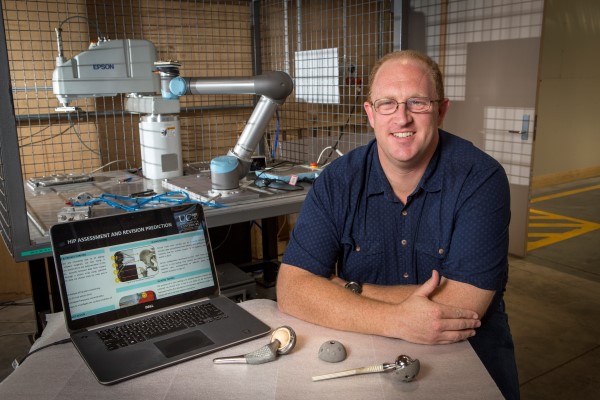 “I am extremely grateful for the strong relationship between researchers and the engineering industry in New Zealand. This collaborative environment is essential to drive uptake of innovative solutions to improve the resilience of our built infrastructure. It is extremely satisfying when research outcomes get used in the field, where they can help to reduce the impact of future earthquakes.”

Associate Professor Rodgers is based in the Department of Mechanical Engineering at the University of Canterbury, which awarded him an Emerging Researcher Award in 2016.  He was awarded a Rutherford Discovery Fellowship from the Royal Society Te Apārangi in 2015 and a Marsden Fund Fast-Start Grant in 2016.  He was winner of the engineering and overall Lecturer of the Year in 2015 and received the 2014 New Zealand Society for Earthquake Engineering and Earthquake Commission EQC Ivan Skinner Award for Advancement of Earthquake Engineering Research in New Zealand.

To Geoffrey William Rodgers for the significant impact of his work in the field of earthquake engineering, and in particular in the design and engineering of earthquake-resilient structures.