Home What we do Our medals and awards Medals and Awards News 2017 Te Rangi Hiroa Medal: Collective solutions for sociocultural cohesion and diversity

Professor McIntosh’s research focuses on how to correct the intergenerational transmission of social inequalities, particularly how they pertain to Māori and to inform and influence new indigenous knowledge production and policies that work for Māori and the nation.

Her social inequalities research focuses on the incarceration of Māori women and on male ex-prisoners with gang affiliations. It highlights the relationship between imprisonment, which socially excludes Māori, and the reproduction of ethnic and class disparities and intergenerational inequality.  This research has three central pillars: education and creative writing in prisons; the intergenerational transfer of social inequalities and government, community and whanau-based responses; and evidence-informed policy and advice.

Professor McIntosh bridges the academic and sociopolitical divide in her various roles that have opened up debates about social inequality in Aotearoa. In 2012 she co-chaired the Children’s Commissioner’s Expert Advisory Group on Solutions to Child Poverty, whose 24 working papers and final report produced significant policy interventions in New Zealand.

In 2016 she appeared as expert witness at the Waitangi Tribunal Wai 2540 claim concerning the Crown’s alleged failure to meet its Treaty obligations to reduce reoffending among Māori.

She sits on several governance boards, particularly on social harm reduction, including the Robson Hanan Trust: Rethinking Crime and Punishment and Te Waka Moemoea: Being the Change Trust.

The medal selection committee said that McIntosh’s work demonstrates a deep commitment to addressing social inequalities, and a transformative approach to her research, teaching and service, steeped in Māori values, particularly whanaungatanga (relationships, connections and a feeling of belonging) and manaakitanga (process of showing respect, generosity and care). “She seeks culturally sound, meaningful evidence-informed solutions that recognise the strengths, aspirations and knowledge that resides within communities.” 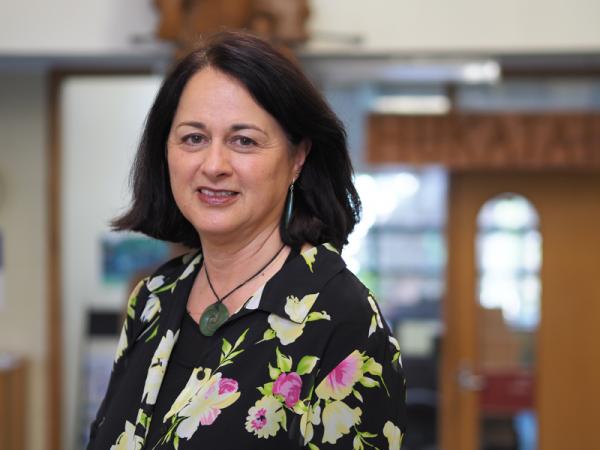 On receiving this medal, Professor McIntosh said: “I am honoured to accept the award that acknowledges the importance of Māori research that is centred in the margins and draws on the knowledge of communities to deliver solutions that are sustainable and transformative.”

To Tracy McIntosh for significantly advancing our understanding of the enduring social injustices that undermine Māori wellbeing and inhibit social cohesion and meaningful cultural diversity in Aotearoa.