Distinguished Professor Jane Harding ONZM FRSNZ has been awarded the Rutherford Medal by Royal Society Te Apārangi for her pre-eminent work determining the causes of newborn conditions and long-term consequences of interventions around the time of birth, leading to new therapies and understandings that have improved outcomes for mothers and babies around the world. 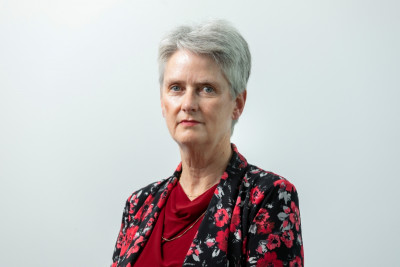 Distinguished Professor Harding is a physician scientist and Professor of Neonatology at the University of Auckland-based Liggins Institute. She addresses issues of clinical significance, tackling them through studying underlying physiology and clinical outcomes, leading clinical studies, then changing practice through systematic reviews and knowledge translation.

Jane’s work on low blood glucose levels in newborns has revolutionised management of affected babies around the world. Low blood sugar levels affect up to 15% of newborns and can cause brain damage. Professor Harding led the first randomised trial of a novel treatment: dextrose gel rubbed inside the baby’s cheek. This simple treatment was effective in reversing low glucose levels, halving admissions to neonatal intensive care for this problem while improving breast-feeding rates. This treatment is being adopted around the world, saving millions of families from separation soon after birth, and millions of dollars for healthcare systems.

Her work on the regulation of a baby's growth before and after birth has led to paradigm changes in the field. For example, she has shown that remarkably brief changes in maternal nutrition during pregnancy can change a baby’s growth, metabolism and hormones in ways that alter risk of metabolic disease, obesity and Type 2 diabetes in adult life. Also, that undernutrition in the mother around the time of conception can cause preterm birth, and that poor fetal growth can be treated even before birth. She provided the first evidence in humans that widely-used treatments given to pregnant women can have implications for the later health of their adult offspring.

Jane also uncovered a previously unknown association between a routinely-used therapy for extremely preterm babies – chest percussion – and severe brain damage. Her careful progress from clinical observation to confirming chest percussion causes brain damage has been a major contribution to improved neonatal care in the world.

A highly-cited researcher, Professor Harding has, in addition to her research achievements, made major contributions to the leadership of research, training and the medical profession in New Zealand and internationally.

She is a celebrated communicator and speaker, known for clarifying and translating her work into concepts that clinicians, scientists and the public can understand. She was North and South magazine joint New Zealander of the Year in 2004, and in 2018 was a finalist for both the NZ Innovator of the Year and Next Woman of the Year.

She has served as President of the New Zealand Perinatal Society, leading the merger with the Australian Perinatal Society and becoming the first New Zealander to be President of the joint Society. She is the New Zealand Secretary for the Rhodes Trust, and has served on various Health Research Council committees for 17 years, including as board member for 6 years. She served in leadership roles for the Royal Australasian College of Physicians over 13 years, the International Council for the Fetal Origins of Health and Disease and the Worldwide Universities Network. She has been on several editorial boards and has been a member of a number of scientific review panels in New Zealand, Australia, the UK, and the United States.

As the first woman Deputy Vice Chancellor (Research) of the University of Auckland, she served on the boards of nine of the 12 national Centres of Research Excellence, the 2012 PBRF Sector Reference Group, and the Universities New Zealand Research Committee. She provided national leadership in establishing governance structures for the National Science Challenges and served on the establishment groups and boards for six of these.

On receiving the Rutherford Medal, Jane said: “I am deeply honoured by the award of this very prestigious medal.  It recognises the work of the many extremely talented people, staff and students alike, with whom I’ve worked over many years, and I’m proud to accept this medal on their behalf.  We have the privilege of working to enhance outcomes at that most crucial time in the life of any family; the birth of a baby.  We know that our focus on optimising care of mothers and babies has the potential to enhance health and wellbeing for their lifetimes, and for future generations.”

Distinguished Professor Harding has won several prestigious awards, including the Vice-Chancellor's Research Excellence Medal, University of Auckland (2018); Siegel Outstanding Science Award, American Pediatric Society (2017); Beaven Medal for translational research, Health Research Council of New Zealand (2016), Howard Williams Medal, Royal Australasian College of Physicians (2014); and the Gluckman Medal in recognition of distinguished contributions, research, and science within the University of Auckland (2014). She was made an Officer of the New Zealand Order of Merit in 2002 and elected a Fellow of Royal Society Te Apārangi in 2001.

To Jane Elizabeth Harding for her pre-eminent work determining the causes and long-term consequences of interventions around the time of birth, leading to new therapies and understandings that have improved outcomes for mothers and babies around the world.