She studies how connections of wai (water), moana (ocean), and mātauranga (Māori knowledge) are

beneficial for mauri ora (flourishing health) and how to reinvigorate Māori knowledge and a strong connection with the marine environment for wellbeing. She also strives to create research opportunities for Māori research excellence that serves Māori communities. 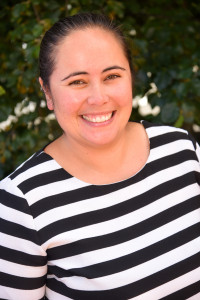 Dr Anne-Marie Jackson (Ngāti Whātua, Ngāpuhi, Ngāti Wai, Ngāti Kahu o Whangaroa, Te Roroa) is former Associate Dean at the School of Physical Education, Sport and Exercise Sciences at the University of Otago. When she started in the school in 2011 she was the sole Māori academic. In 2013, she had the idea with Dr Hauiti Hakopa to start Te Koronga, a Māori postgraduate research excellence group that focusses on ancestral scholarship and excellence, leadership and community connectedness.

After running the graduate research excellence programme for three years, they recognised the need to create a second element of Te Koronga, tailored specifically for research across the sciences, and also as a proactive approach for creating research opportunities for Māori research excellence. In 2016, they were successful in creating Te Koronga: Indigenous Science Research Theme, which is an interdisciplinary network of research funded by the University of Otago. Its overarching goal is to build a strong indigenous research platform at the university open to both Māori and non-Maori researchers who are involved in indigenous research.

Anne-Marie co-leads two other research programmes: TeTiaki Mahinga Kai (customary fisheries) and Tangaroa Ara Rau (Māori water safety). As the giver of life for Māori, water is also the source of tragedy. Despite forming 15% of the population, Māori consistently represent between 20% and 25% of New Zealand’s drownings.

Anne-Marie is also committed to excellence in te reo Māori and increasing and normalising te reo Māori scholarship. She is a second language learner of te reo and credits her Parore-Edmonds whānau and te reo kaiako for their support. At present there is scant research published in science journals in te reo. Her co-authored article, with researchers and community members, ‘East Otago Taiāpure’ is an example of her long running work with community and is presented in English and Māori. Anne-Marie recognises Dr Gianna Leoni as critical in co-translating this paper into te reo Māori. This article appears in a special issue of the New Zealand Journal of Marine and Freshwater Research entitled ‘Mātauranga Māori shaping marine and freshwater futures’. This collation of articles, one of which is lead authored by Anne-Marie, is a significant new contribution to published research scholarship in this country. This is the first time this science journal has had a focus on mātauranga Māori.

In receiving this award, Anne-Marie said: “I would like to thank my whānau, and dedicate this award to my Mum. She always promoted excellence in education for my sister, myself and her moko (grandchild). There are many people who have supported me in my career to date including colleagues, supervisors, community members, Te Reo kaiako, and students. Being a Māori academic, who engages in this style of research has certain challenges. Winning this award is recognition for our communities, colleagues, mentors, and our research kaupapa of Te Koronga and Te Tiaki Mahinga Kai in our expression of Māori research excellence. What I hope to achieve in our research is simple – and that is mauri ora (flourishing wellness).”

For an early career researcher to recognise innovative Māori research with a promising trajectory.

To Anne-Marie Jackson for community research forging new knowledge at the interface of mātauranga Māori and Physical Sciences.