2021 Hatherton Award: Assessing which volcanoes will erupt after earthquakes

Gilles Seropian, who has a PhD in volcanology from the University of Canterbury, has received the Hatherton Award for his paper that provides a framework to understand how earthquakes can trigger volcanic eruptions.

Presented for providing a framework to understand why some volcanoes are more likely to erupt after an earthquake than others. Gilles’ paper – the first review on this topic for 15 years—describes what is happening inside a volcano after an earthquake happens nearby. How a volcano will respond will vary from one volcano to another, but the article provides a set of easy measurements to help better forecast it. The study shows that the volcano’s hydrothermal system (the topmost part where water is heated into steam) is particularly sensitive to earthquakes and that an earthquake cannot trigger an eruption unless the volcano is already close to erupting.

Gilles' paper considers the links between two of New Zealand’s biggest hazards: earthquakes and volcanoes. Unlike previous reviews, it provides a framework to understand the triggering mechanisms and provides a guide for future research. The review is strongly multidisciplinary, using a range of data from experimental volcanology to remote sensing, earthquake modelling and statistical analyses.

The paper starts with a detailed review of the mechanisms via which an earthquake can trigger an eruption. It then provides a classification of volcanoes according to how they may be seismically-triggered. The approach is new as the classification naturally arises from the physical mechanisms, as opposed to previous efforts which relied on historical records. The classification highlights that a small number of parameters (three) is sufficient to predict which mechanisms may or may not happen. Gilles’ paper goes a step further and includes earthquakes characteristics in the classification thus bridging the gap between the seismological and the volcanological communities. 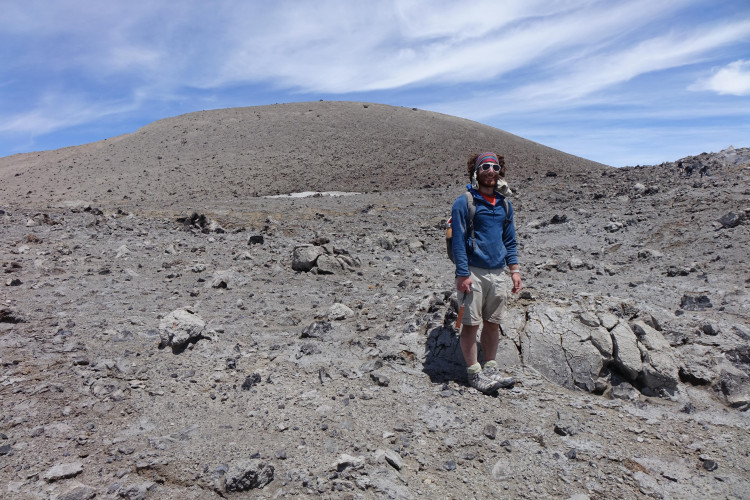 While this review framework remains mainly theoretical, the classification was built using parameters that are already monitored at active volcanoes, hence facilitating its application in the real world. The review also demonstrates the need for transdisciplinary approaches as it used a unique combination of observational, experimental and theoretical data. In particular, the article highlights gaps in our understanding of both volcanoes and earthquakes. It thus lays the foundation and directions for research in the decade to come in these domains.

The award panel noted that it is a remarkable achievement for a PhD student to get published in the prestigious and high-impact journal Nature Communications. They assessed the quality of the writing, research and implications to all be exceptional and they expect the study to have a large impact on the understanding of these processes for the geological community and beyond.

Gilles received his First Class Honours degree in Physics from McGill University in Canada before completing his Master’s in Volcanology at the University of Bristol in the UK. He has just successfully defended his PhD from the University of Canterbury.

The Hatherton Award is awarded annually for the best scientific paper by a PhD student at any New Zealand university in physical sciences, earth sciences or mathematical and information sciences.

To Gilles Seropian for providing a framework to understand why some volcanoes are more likely to erupt after an earthquake than others.