Professor Linda Nikora FRSNZ (Tūhoe, Te Aitanga-a-Hauiti) has been awarded the 2021 Royal Society Te Apārangi Te Rangi Hiroa Medal for her work transforming Psychology for Māori and Aotearoa by indigenising the discipline, and for enduring contributions to shaping the foundations for promising and flourishing futures for all New Zealanders.

This medal is awarded biennially for undertaking work of great merit and making an outstanding contribution toward the advancement of work in social history, cultural diversity, socioeconomics or medical anthropology.

Linda is a preeminent Māori scholar whose research has been transformative for Māori and for the discipline of Psychology. She is committed to reshaping her discipline and creating space for Māori academics, researchers and students within the academy.

At the University of Waikato, alongside colleagues and students, Linda established the Māori and Psychology Unit (MPRU) which has been central to the rise of mātauranga Māori-focused research. Linda and colleagues managed to secure $7 million in funding for projects within the MPRU, ranging from Māori sexuality and media representation to homelessness and energy conservation.

Early in her career, Linda also championed for the recognition of Treaty of Waitangi responsibilities into the New Zealand Psychological Society. This led to the establishment of the National Standing Committee on Bicultural Issues (NSCBI) of the New Zealand Psychological Society. She was made an Honorary Fellow of the Society in recognition of this contribution. 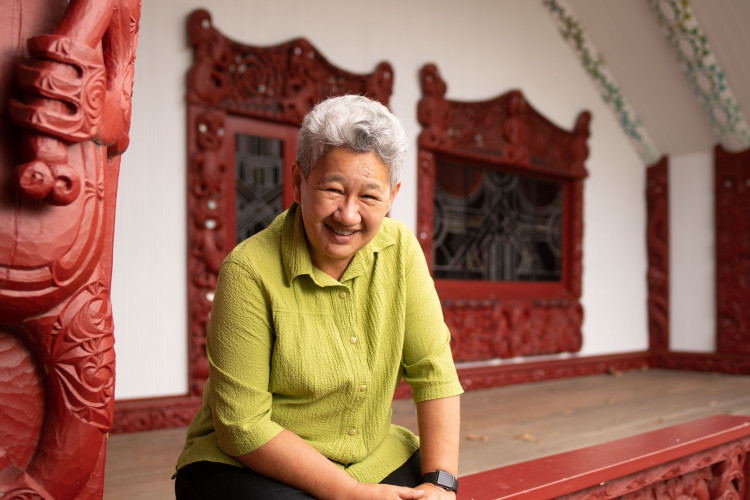 Linda’s research has taken her deep into Māori communities, focusing specifically on Māori wellbeing and self-determination. Her current research about the value of Kapa Haka combines with her interests in Māori ways of mourning, traditional body modification, socioeconomic determinants of health, relationship health and social connectedness.

She is an inaugural recipient of the Health Research Council of New Zealand Hui Wakapiripiri Award and member of the Task Force on Indigenous Psychologies. She is co-director of Ngā Pae O Te Maramatanga, New Zealand’s Māori Centre of Research Excellence, and the architect of their new research programme. In 2018, Linda was elected a Fellow of Royal Society Te Apārangi.

On receiving this award, Linda said:

“It is a privilege to receive the Te Rangihiroa Medal and deeply meaningful. Te Rangihiroa has always been a presence in my life and the many households I grew up in. The works of Te Rangihiroa remain seminal classic texts for mātauranga and inspiration.

“Te Rangihiroa is a taniwha of the Māori Academy. Whilst taniwha have an ominous quality about them, they are more about care, protection and preservation. I am humbled to have enjoyed Te Rangihiroa’s care and privileged to be named amongst the few.”

Linda is currently a Professor of Indigenous Studies at Te Wānaga o Waipapa School of Māori and Pacific Studies at the University of Auckland.

Te Rangi Hiroa Medal is awarded biennially for undertaking work of great merit and making an outstanding contribution towards the advancement of work in social history, cultural diversity, socioeconomics or medical anthropology.

To Linda Waimarie Nikora for transforming Psychology for Māori and Aotearoa by indigenising the discipline, and for enduring contribitions to shaping the foundations for promising and flouring futures for all New Zealanders.