Examples of New Zealand hornwort species, with a close up of the reproductive ‘horns’. Photo: Supplied

2020: Dr Kevin Davies, Plant & Food Research, has been awarded a James Cook Research Fellowship in Biological Sciences for research titled ‘Answers from the road less travelled: How hornworts can help decipher the evolution of a fundamental stress tolerance adaptation of land plants’

Dr Kevin Davies received his PhD in plant molecular biology in 1989 at the University of Nottingham. He then moved to Aotearoa New Zealand as a research scientist at what was the Ministry of Agriculture and Fisheries Technology/Crop and Food Research in Levin. In 1996, Dr Davies took up a team leader position at Plant & Food Research Rangahau Ahumāra Kai in Te Papa-i-Oea Palmerston North, and is currently a Principal Scientist in New Cultivar Innovation. Dr Davies has broad scientific interests across both fundamental research and the practical application of discoveries. He enjoys working in areas where different disciplines interact. His core interest is the function and genetic regulation of plant specialised metabolism, an area for which he is an internationally recognised expert. 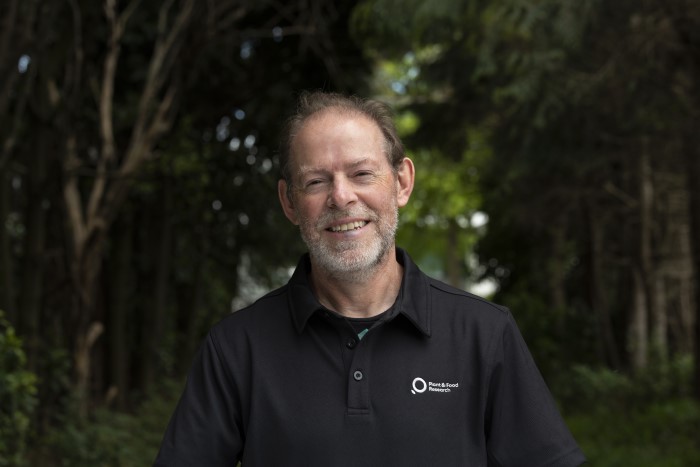 Land plants have evolved various mechanisms to cope with a life fixed in one place. One key adaptation is the production of specialised metabolites called ‘flavonoids’, which are critical to protect plants from UV-B radiation and provide the red pigments of fruit and flowers. Red flavonoid pigmentation is also produced in plant foliage in response to stressors like cold, strong sunlight, drought, nutrient deprivation or disease. A spectacular example is red leaf colours of deciduous trees during the cold nights and bright sunny days of autumn. The production of flavonoids is thought to have arisen when plants first adapted to life on land about 500 million years ago. These red pigments are therefore considered to be a universal feature of land plants, inherited from an early common ancestor. The first land plants are thought to have resembled plants like mosses, liverworts and hornworts. These plants comprise about a third of Aotearoa New Zealand’s native plant species, and can be found in the green carpet of our forest floor. Remarkably, hornworts have been found to not produce any flavonoid pigments.

During his James Cook Research Fellowship, Dr Davies’ goal is to understand the origin and current diversity of the flavonoid stress-tolerance system of land plants. His hypothesis is that hornworts are unique among land plants in that they lack the ability to produce flavonoids. He proposes this lack of red pigmentation limits the ability of hornworts to cope with environmental stress. Dr Davies will bring together an international multi-disciplinary team to establish the physiological, metabolic and genetic status of the flavonoid pathway in hornworts. Despite the small number of species, hornworts are a key plant group due to their placement in the evolutionary tree and their unique biology. Dr Davies’ project will add to our knowledge on the biology and ecology of hornworts and their vulnerability to environmental change. 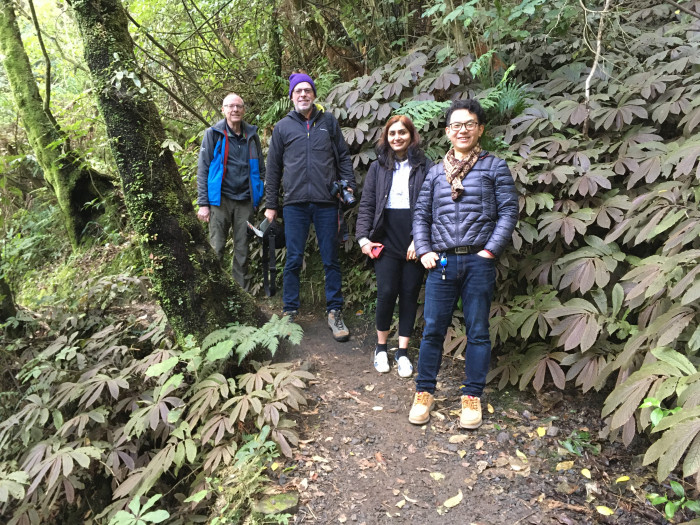