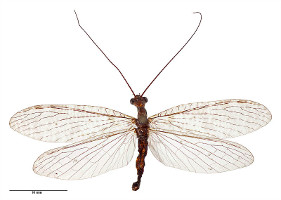 Avice Hill loved insects – especially butterflies, which she started breeding at the age of seven. When Hill graduated from Canterbury College with an MSc in 1932, her thesis was on the life history of the New Zealand Dobsonfly. One of the earlier women MSc graduates, she was also an early female appointee to the DSIR. Hill worked in the entomology division of the Plant Research Bureau in Palmerston North and then in the Cawthron Institute’s Department of Entomology in Nelson, publishing eight research papers in applied entomology.1

Later Hill took up herb growing and with extensive expertise turned this into a thriving business. She became known as the Lavender Lady. Today she is commemorated in her extensive Christchurch garden - rather than see her property subdivided she donated it as a craft centre, the Avice Hill Community Reserve and Arts and Crafts Centre.