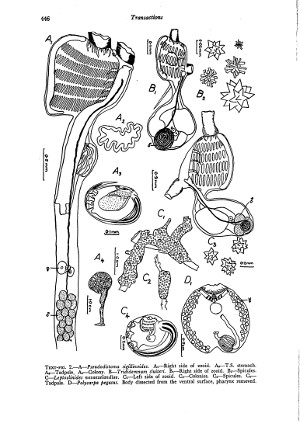 The RV Beryl Brewin, a 10-metre research vessel owned by the University of Otago, is named for zoologist Beryl Brewin. When “live wire” Brewin was employed in 1936, she joined fellow zoologist Marion Fyfe – thereby bringing the proportion of the zoology academic staff who were women to two thirds.

Brewin’s specialty was ascidians, or sea squirts, invertebrate filter feeders that come in a vast array of colours and shapes and live on the ocean floor. Brewin would travel by train to Port Chalmers, then ferry to Portobello, and spend her weekends studying the marine life. In the 1940s, methods of anaesthetising marine animals were blunt, and Brewin sometimes used cocaine to ensure her ascidians were relaxed enough to be studied. She named several species and published extensively in the Transactions of the Royal Society Te Apārangi.

Brewin was the second woman to be elected to the Council of the Royal Society Te Apārangi, representing Otago from 1954-58. She retired in 1963 and left a large bequest to the University of Otago when she passed away.

Image at right: A page from Brewin's paper about the ascidians of the Stewart Island Region.