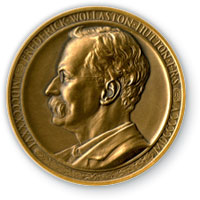 “The two Lucies”, as botanist Leonard Cockayne called Lucy Moore and Lucy Cranwell, both completed Masters degrees in botany at Auckland University College in 1928. Together they undertook remote, tough fieldwork, sometimes waking in their canvas sleeping bags covered in frost.1

Although Moore is sometimes known as the "mother of New Zealand botany", the path to professional science was not always easy. For a decade after completing her study, Moore’s applications for an academic positions were all unsuccessful, despite her research being prolific and praise-worthy. She balanced a demonstrating position at Victoria University with scholarships that enabled research until, in 1938, Moore began working of the Department of Scientific and Industrial Research. She remained there for 33 years. Moore worked on weeds, seaweeds, the high country, and made outstanding contributions to the first two volumes of the Flora of New Zealand series. She became a Fellow of the Royal Society Te Apārangi in 1947 and was the first woman to win the Hutton Medal in 1965.2

Image at right: The Hutton Medal, awarded for outstanding work by a researcher in New Zealand in the fields of earth, plant and animal sciences.