A world expert on sponges, Partricia Bergquist was the first person to gain a doctoral degree in zoology from the University of Auckland. Bergquist had a particular interest in marine sponges, immobile animals that look like plants. She published a definitive series of publications on the topic, culminating in her 1978 textbook Sponges which became a prescribed text throughout the world. Bergquist was one of Auckland University's first two female professors and was involved a wide range of professional activities. She led a long-term collaboration with the Roche Research Institute for Marine Pharmacology, considered the quality of science at Te Papa, and sat on the Prime Minister’s Special Committee on Nuclear Propulsion in 1992. 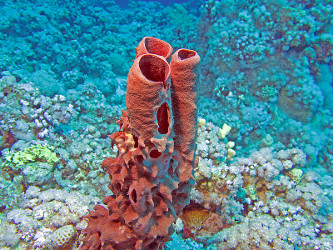