Associate Professor Patrick Savage received his PhD in Ethnomusicology in 2017 from the Tokyo University of the Arts.  His expertise is in the cultural and biological evolution of music. He aims to enhance indigenous representation in cross-cultural research and works collaboratively to understand how we, as humans, make and value music in such different ways He uses his findings to promote and preserve cultural heritage and social wellbeing.

Associate Professor Savage is leading a revival of comparative musicology, for which he has received prestigious awards including a 2022 Rising Star designation from the Association for Psychological Science, a 2022 Young Scientists’ Award from the Japanese Minister of Education, and a 2017 Japan Society for the Promotion of Science (JSPS) Ikushi Prize from the Japanese Emperor. As an Advisory Board Member of the Association for Cultural Equity, he has helped lead the public release of The Global Jukebox – an ever-expanding database of traditional folk, indigenous, and popular songs from cultures around the world. 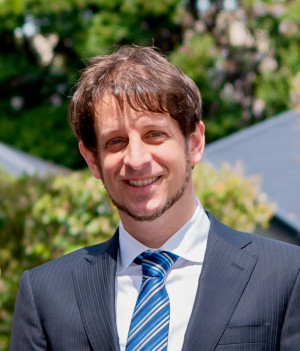 Music and language are found in all societies: together, they shape the songs with lyrics we all know and love. Surprisingly, little is known about which aspects of music and language are shared or distinct across cultures, nor the ways in which the boundaries between instrumental music, song, and speech vary across cultures. One impediment to such research is a limited representation of non-Western participants and researchers in cross-cultural research. Such representation is particularly crucial when comparing music and language, which requires a knowledge of the meaning of words and lyrics.

In this Rutherford Discovery Fellowship, Associate Professor Savage will collaborate with native speakers of dozens of diverse languages, collecting thousands of audio recordings of people around the world – singing, speaking, and playing instrumental versions of matched melodies and lyrics. This research is co-designed with collaborators including Professor Suzanne Purdy (Te Rarawa, Ngāi Takoto) of the University of Auckland, who has advised on cross-linguistic song-speech relationships and ethics of recording taonga in te reo Māori speech and waiata; and Rob Thorne (Ngāti Tumutumu) of Te Herenga Waka Victoria University of Wellington; a composer, performer, and scholar of Māori music.

In addition to linguistic diversity, Associate Professor Savage will recruit participants to determine the roles of other types of diversity in shaping music-language relationships, including those who are mono- versus multilingual; with, or without musical training; of diverse ages and genders; and possibly those affected or unaffected by aphasia, a stroke-associated communication disorder.

This collaborative, cross-cultural research will reveal the factors shaping diversity and universality in music and language, revealing valuable insights into cultural and biological evolution of music around the globe.