2022: Terry Isson, from Te Whare Wānanga o Waikato University of Waikato, has been awarded a Rutherford Discovery Fellowship for research titled ‘Will silicate minerals be the hero or villain in this warming world?’

Dr Terry Isson is a geochemist who works to both develop a deep understanding of climate regulation on Earth and to harness natural processes for large-scale carbon capture. He received his PhD in 2019 from Yale University before relocating to Aotearoa in the same year to take up a lecturer position at Te Whare Wānanga o Waikato University of Waikato; Tauranga Campus, and was promoted to Senior Lecturer in 2021.

The central theme of Dr Isson’s research is to understand the processes that regulate the global carbon cycle and the mechanisms that give rise to global climate stability, with a special focus on the silicate weathering and reverse weathering feedbacks. Dr Isson is a well-connected researcher and the lead Principal Investigator on three externally funded research projects, including a Marsden Fund Fast-Start. He also leads the Earth-Life Interactions research group, where he fosters budding geochemists, including graduate and undergraduate students and postdoctoral researchers.

Earth possesses a natural thermostat that stems directly from processes that couple the global carbon and silica cycles. This thermostat naturally regulates global temperatures (that is, changes not driven by human activities) through a system of biogeochemical reactions. Silicate minerals make up 95 percent of the Earth's crust and mantle, and act as the key ingredient in this thermostat. The chemical breakdown or ‘weathering’ of silicate minerals captures carbon dioxide in a gradual disintegration process. Meanwhile, silicate or clay formation (the reverse reaction) releases carbon dioxide to the atmosphere. The balance of these two natural processes is vital for regulating the carbon dioxide content of our atmosphere. 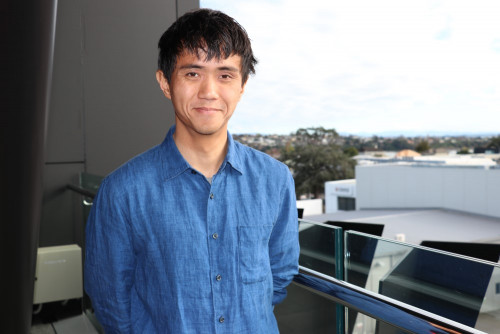 With his Rutherford Discovery Fellowship, Dr Terry Isson will adopt a two-pronged approach to understand and unpack the potential of silicate minerals to help tip Earth’s climate back into balance. First, he will investigate whether global warming events naturally tip the ‘silicate mineral weathering’ to ‘clay formation’ see-saw in favour of carbon dioxide capture or release. Using a geochemical toolbox of novel methods and cutting-edge carbon-silica cycle climate modelling, he will shed light on the role that silica and siliceous organisms play in recycling carbon dioxide back into the atmosphere.

Next, he will rigorously test the idea that large-scale carbon capture—on the order of national net annual emissions—is possible by enhancing the natural silicate weathering process. This will be executed by applying finely ground silicate rock dust to agricultural land. While modelling studies indicate that this is a viable solution, there is little or no field data to support this phenomenon. Dr Isson will deploy a nationwide field experiment and determine if carbon capture via enhanced silicate weathering is possible using an ensemble of geospatial, machine learning and reaction transport models and techniques. Overall, this project provides an opportunity to harness the power of silicate minerals to curb the escalating planetary fever and take us one step closer to achieving carbon neutrality.