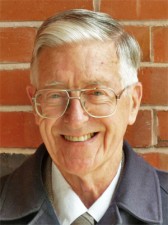 Professor Coote taught generations of law students at the University of Auckland between 1961 and his retirement at the end of 1994. He was himself a graduate of the Auckland College of the University of New Zealand, having completed both his LLB and LLM there by 1954.

In 1956, he went to Queens’ College, Cambridge on a New Zealand Travelling Scholarship, graduating PhD in 1959 and winning the Yorke Prize for the best Law PhD in his year. His thesis resulted in the publication in 1964 of his influential book “Exception Clauses”.

His contract law scholarship brought him the highest international reputation, and influenced a number of decisions of the House of Lords, and other senior courts in the Commonwealth. He continued to write long into his retirement, and in that period collections of his articles were edited and republished in three separate books.

He was a key member of the Contracts and Commercial Law Reform Committee from 1966 to 1988, the reports of which led to the series of contract statutes that gained much attention around the Commonwealth. Particularly associated with him were the Minors Contracts Act 1969, the Illegal Contracts Act 1970, the Contractual Remedies Act 1979, and the Contracts (Privity) Act 1982.

Professor Coote was Acting Dean, then Dean, of the Auckland Law Faculty between 1983 and 1987.

He was awarded the CBE in 1995, made a Fellow of the Academy of the Humanities in 2007, a Fellow of the Royal Society of New Zealand (Te Apārangi) in 2009, and earned the LLD degree from Auckland in 2017.