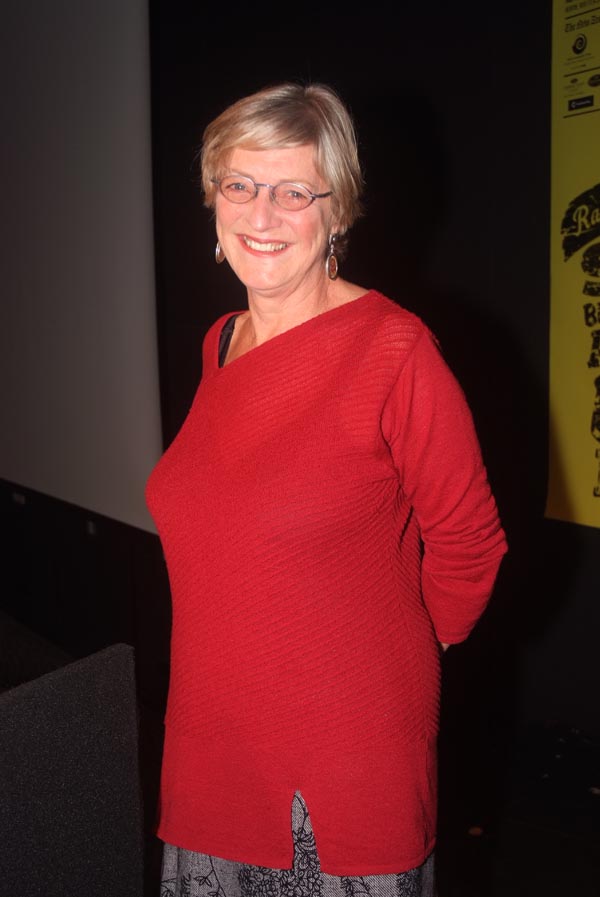 Professor Emeritus Dame Judith Binney died at her home on 15 February 2011 quite suddenly but after some months battling against cancer. This was particularly poignant given her courageous fight back from a horrendous road accident in December 2009.

Judi came to New Zealand from Australia, where she was born in 1940, when her father, Professor Sydney Musgrove, joined the staff of The University of Auckland as Professor of English in 1947. Judi took her degrees at Auckland, was a Fowlds Memorial Scholar in 1964, and taught at the University from 1966 until 2004 when she retired. She was awarded a personal chair in 1997 and recognised as a Distinguished Alumna in 2007. When Judi joined the University it was a small place and she had friends across the campus, especially in the Department of English and Elam. Sebastian Black from the Department of English became her partner for nearly forty years.

Judi was one of a cohort of students who in the late 1950s and early 1960s started to take New Zealand history seriously. Her MA thesis, on the missionary Thomas Kendall, was published in 1968 as The Legacy of Guilt. This book was recognised as ground-breaking work in what was then described as culture contact history. The prose was limpid, the analysis brilliant and the footnotes lengthy. Kendall was a missionary who desperately tried to understand Maori religion and in the process had his own religious beliefs sorely tested – Judi tried to understand Kendall, and ‘systems of explanation’ or finding meaning in events became an abiding theme of her work. Both Kendall and Judi were boundary crossers. The Legacy of Guilt was awarded the F.P. Wilson Prize for historical writing in New Zealand.

When Judi was appointed to the staff of the Department of History she joined a stellar group of people – most of them graduates of the Department but with significant international experience – Keith Sinclair, Keith Sorrenson, Russell Stone, Michael and Judith Basset, Jim Holt, and Mike Stenson. Bob Chapman had recently left to start up the Department of Political Studies. They had a sense of mission, were highly politicised, focussed on research and very active in the University and the community.

In the 1970s Judi was involved in a debate among historians about the motivation of Maori to convert to Christianity. Although it has since been said that this was a ‘false problem’, it was at the time a very real dispute and provided the topic for countless student essays and examination questions. It was the sort of controversy that historians love, involving causation, motivation, God and Mammon. Judi was involved in many other debates over the years, perhaps the most important of which concerned who could write what history. Her view was that this debate could never rest on the grounds of religion, race or gender. Instead she said that the debate ‘must be about the ability to understand the issues and the strength of the ideas developed in the writing.’ Understanding the issues and developing ideas from the historical evidence marked all her own writing.

In 1979, along with Gillian Chaplin and Craig Wallace, Judi published Mihaia, a study of the prophet Rua Kenana and his community at Mangapohatu. This book was followed by two others which were described as a trilogy – Nga Morehu, published in 1986, the stories of eight Tuhoe women which were told to Judi and Gillian, and Redemption Songs, a life of Te Kooti, published in 1995. Nga Morehu was a prize winner in the Wattie Book Awards for 1987 and Redemption Songs won the Montana Book Supreme Award in 1996. There had been other books along the way – an edition of William Yates’ Account of New Zealand, The People and the Land – an illustrated history with Judith Bassett and Erik Olssen - and many other essays and journal articles. This body of work won Judi the Prime Minister’s Award for Literary Achievement in Non-fiction in 2006.

What Judi recognised in a way no other New Zealand historian has done was the power of the oral world, and the ability of photographs to unlock that world. One of her articles entitled ‘Maori Oral Narratives, Pakeha Written Texts: Two Forms of Telling History’ explored the form and purpose of oral history to Maori and reflected on the responsibility of any historian incorporating oral history into written history. Her role was to prompt the flow of words, to listen, to record and retell the story in a way that was true to the people to whom it belonged and who had transmitted it. The story might stand alone or it might become a part of a bigger story interpreted, shaped and retold by the historian working in a written tradition.

In 2009 the Urewera trilogy became a quartet with the publication of Encircled Lands – a history of Tuhoe from 1820 to 1921, begun in research undertaken for claims before the Waitangi Tribunal. Encircled Lands is a narrative of a struggle for survival in face of a loss of autonomy and broken promises based on detailed archival research, oral history and case studies. This much acclaimed work, which won the New Zealand Post Supreme Book Award in 2010, demonstrates the depth of knowledge and understanding of Tuhoe history that Judi acquired over many years and the trust she had built up among Tuhoe. Her feeling of responsibility was discharged by returning her books to the people – they were her gifts back in return for the stories that had been given into her care. For these acts she was given a Maori name by Tuhoe - Te Tomairangi o Te Aroha.

Judi’s work has been recognised by many honours. In addition to the prizes and awards for her writing, she was the second J.D. Stout Research Fellow at Victoria University in 1985, worked full time in 1991 on Redemption Songs on a Foundation for Research, Science and Technology grant and held a James Cook Research Fellowship from 2000 to 2003. She became one of two historians made Fellows of the Royal Society of New Zealand in 1998 and an inaugural Fellow of the New Zealand Academy of the Humanities in 2007. In 2009, the Polynesian Society presented her with the Elsdon Best Medal. In 1997 she was made a Companion of the New Zealand Order of Merit and in 2006 a Distinguished Companion.

Judi served on the Committee of the Auckland University Press but she was not a University committee person. However by 1990 her books and her advisory roles in various projects had made her the major oral historian in New Zealand. When the Australian Government presented the New Zealand Government with a gift of $1m for an oral history trust at the 1990 sesquicentennial, she was appointed to chair the Trust and did so until 2003. This inaugurated a number of appointments to bodies in Wellington – the Research Advisory Committee of the Crown Forestry Rental Trust in 1995, the Humanities Panel of the Marsden Fund in 1997, the Board of Te Papa in 1999, a Kaitiaki of the Alexander Turnbull Library in 2003, the Board of the New Zealand Historic Places Trust in 2007, Creative New Zealand in 2009. She also acted frequently as an historical consultant on such projects as the opening of the Commonwealth Games in Auckland, numerous television documentaries and the Waitangi Tribunal.

Judi’s teaching was not flamboyant, she did not seek disciples. What impressed her students was her knowledge, her understanding of complex situations and systems, her mastery of detail, her commitment and her intensity. She had been a long-serving editor of The New Zealand Journal of History and when she retired the Journal brought out a collection of her essays. In this a young scholar, Damon Salesa, who had been taught and profoundly influenced by Judi, reflected on her teaching and writing. What he recalled most powerfully was Judi’s intensity, her ‘dashing’ presence – jewellery, especially spectacular earrings, was a regular part of Judi’s wardrobe -- and the stories she told.

Judi was, above all, a story teller. She could hold conference audiences spell bound by the power of her stories and the way she told them. Her last book – Stories without End published in 2010 – collected together her essays. In the last paragraph of her introduction she commented on the way stories, especially stories that are transmitted orally, change according to the context in which they are told. She saw her stories as pinned in time and wrote ‘when my pen is silent they will continue to change in the oral world.’ That pen is now silent but it has produced an enduring legacy.

Binney, Judith 1983: Maungapohatu Revisited: Or, How the Government Underdeveloped a Maori Community, Journal of the Polynesian Society XCII (3): 353–392.

Binney, Judith 1984:Myth and Explanation in the Ringatu Tradition. Some aspects of the leadership of Te Kooti Arikirangi Te Turuki and Rua Kenana Hepetipa, Journal of the Polynesian Society XCIII (4): 345–398.

Binney, Judith 1989b:The Maori and the Signing of the Treaty of Waitangi,. Pp. 20–31 in: Towards 1990: Seven Leading Historians Examine Significant Aspects of New Zealand History, Wellington, Department of Internal Affairs.