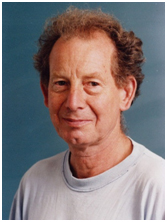 The authors of this tribute all have had their lives and careers enriched by David’s intelligence and kindness, and by his innovative ‘can do’ approach to research. We begin with a short sketch of his life, and then discuss his work in physics, and for physics.

David was born in Wellington on 8 January 1938, into a very talented and academically oriented family. There are twelve Beagleholes listed in the Victoria University of Wellington Library catalogue, with 137 titles of books and theses among them. His parents Pearl Malsin (linguist; known as Pam to family and friends, from Iron River, Michigan) and Ernest met at the London School of Economics, where Ernest wrote “Property, a study in social psychology” in 1931. David’s parents went on to publish anthropological research together. They studied the Hopi and Mesa Indians in America, and the remote community of Pukapuka in the northern Cook Islands (which Cook called the Islands of Danger), among others.

David’s uncle was J C Beaglehole, the historian and father of Tim. Ernest later came home to a lectureship in Mental and Moral Philosophy at Victoria University College (now VUW), and David, the second of four children, was born here about a year later. Ernest eventually became the foundation professor of psychology.

David went to Karori School and Wellington College and left at the end of the 6th form year to come to VUW. David was top in physics and chemistry, and got the prize for best psychology undergraduate. He completed his BSc and Masters I and II, with a thesis on “The longitudinal polarization of beta particles”.

In 1960 David was awarded a Trinity College Research Studentship, but almost missed this oportunity: the notice of his appointment was blown out of the letterbox at David’s flat in Glen Road, to be found weeks later under the hedge, in time for David to accept. It was found because Tim Beaglehole, who was studying history at Cambridge, sent David congratulations, having seen it announced.

In Cambridge David lived on the princely stipend of £453, first in Great Court, then digs in New Court with three rooms on a corner on the third floor, and finally in Lensfield Road. His PhD thesis was with Tom Faber (of the Faber and Faber publishing house), on the optical properties of copper and gold in the far ultraviolet (up to 40 eV). David had declined, after some consideration, to set up an X-ray system for the Nobel Laureate-to-be Max Perutz!

David was appointed Professor of Physical Electronics at VUW in 1968 (at the age of 30), and arrived in 1969. The existing research interests in the Department included nuclear physics, geophysics and some radio physics and electronics. David struggled to start up condensed matter physics at VUW. He was able to appoint three people (Alan Kaiser and Joe Trodahl in 1971 and John Lekner in 1973). This was the beginning of condensed matter research, which now dominates physics in the School.

David was also responsible for starting astronomy research at VUW. It began as a hobby-like side interest for him, which is clear from the fact that he dropped out of the activity after a few years and once it had been established. Combining his optical techniques expertise with his entrepreneurial flair (and an added mix of Beaglehole self-confidence), David built a novel scanning monochromator incorporating a semi-circular wedge interference filter for obtaining low resolution spectra of stars. The first version of the instrument involved a small motor for rotating the filter, microswitches and a nuclear physics multichannel analyser - a “Beaglehole masterpiece”, creating a working instrument from bits and pieces.

David enlisted the help of Joe Trodahl and Denis Sullivan, the latter a recently appointed Physics lecturer with a nuclear physics background. David subsequently obtained two weeks observing time at Mt John University Observatory in August 1972, and this signalled the start of a long history of VUW using Mt John facilities for astronomical research. Joe and Denis developed and improved David's scanning monochromator concept using computer control and other changes; gradually this led to other capabilities, such as the ability to conduct time-series photometry of variable stars. Eventually astronomy and astrophysics came to dominate Denis' research interests.

David’s research till he came to VUW was on the optical properties of materials. There were then no experiments measuring the interface thickness of liquids. David developed an improved polarisation-modulation ellipsometry method, and soon had experimental results for argon (a Physical Review Letter, 1979), to be followed by many papers probing the structure of liquid surfaces, surface premelting, and of adsorption on solid and liquid surfaces.

David refined his ellipsometer to such an extent that it was the best in the world. In 1993 he set up Beaglehole Instruments, with electronics initially designed and implemented by Andy Edgar. The Beaglehole ellipsometers could be found at Oxford, Cambridge and the Massachusetts Institute of Technology, and many other research institutions. Beaglehole Instruments operated first from VUW, but David had the idea of a high-tech business incubator, and in 1998 convinced VicLink to lease a building vacated by Geological and Nuclear Sciences in Kelburn. In 2000 the terms of the lease changed and VicLink ceased to be involved in the new centre. David and his partner Bhagee Ramanathan enlisted the support of other new businesses in the building to fully commercialise the idea into becoming the Innovation Greenhouse, with the premises shared by start-ups such as Paul Callaghan’s company Magritech.

The above by no means covers the full extent of David’s interests, which included work on Antarctic snow, ice and skies in the nineties.

Apart from excelling in physics, David was also a very social person. As Chairman, he organised numerous department picnics and barbecues round at his house for the staff to get together. He was the driving force behind bringing the Wagga Wagga series of conferences to New Zealand from time to time, and was main organiser for several of them. They were notable for being fun conferences as well as being scientifically interesting. At the first one, held at the former Salvation Army Rehabilitation Centre for Alcoholics at Pakatoa Island, David organised a universities versus DSIR bout which involved himself and the late Bill Robinson, formerly director of PEL/IRL, fighting it out on a plank suspended above the swimming pool. Combatants and supporters retired to the bar afterwards and continued to enjoy physics and each other’s company. (And it is worth mentioning that the two actually collaborated – David’s ellipsometers use Bill’s piezoelectric resonator assembly).

David was the key academic involved in the planning for the Laby building, which was a huge and time consuming effort. It is the 30th anniversary this year of our move into the building in 1984, and those of us who remember the state of the Easterfield building (Chemistry) and especially of the appalling Hunter building (Physics) as it was before it was strengthened and remodelled for administration occupancy, can only be grateful to David for his advocacy for the Laby building and for the time and effort he put into plans for outfitting and equipping it.

David's most lasting influences were shifts toward genuinely internationally competitive physics and toward condensed matter physics. The existence and focus of the MacDiarmid Institute is a result of the Beaglehole shifts in the two decades from 1970.

While his family and physics were his main passions, David’s considerable practical skills and physical resilience were demonstrated well in two of his other strong passions – boating and tramping. He was a past president of the student tramping club at Victoria University.

We conclude with the sad end to David’s life, which involved a slow but inexorable decline into dementia. Throughout the seven years or so of this terrible disease, David’s physical and mental resilience, his kind and uncomplaining nature and the loving care provided by his partner Bhagee Ramanathan, of a standard that medical professionals marvelled at, meant that David far exceeded medical expectations. Bhagee had a hospital bed installed at home, and provided David with day and night care. Her cheerful positive attitude inspired all who came to visit, and best of all, nurtured and comforted their child Vidthia, who despite these extremely difficult circumstances, is growing to be a wonderfully healthy, bright and sociable girl.