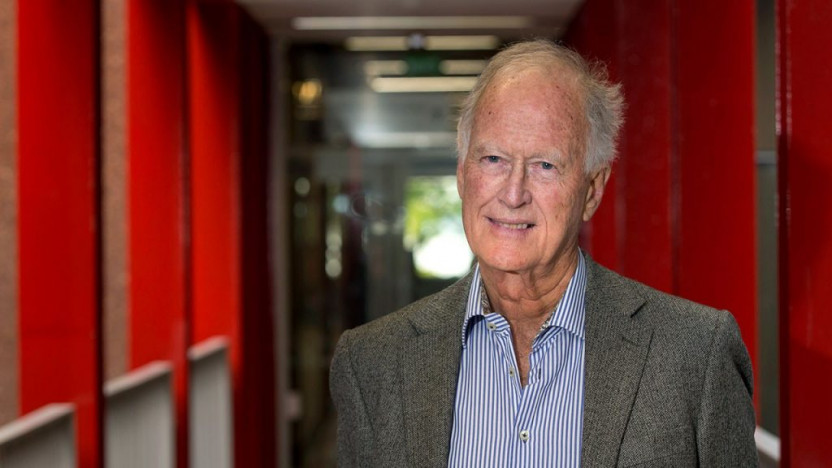 He joined the faculty at McGill University before the pull of New Zealand brought him and his family home in 1977, where upon he joined the University of Auckland. His many achievements include becoming the inaugural University of Auckland Creativity Fellow in 2014, a Distinguished Career Award from the International Neuropsychological Society in 2013, and a Rutherford Medal in 2016, for foundational research on the nature and evolution of the human mind, including cerebral asymmetries, handedness, mental imagery, language, and mental time travel.

He was awarded an honorary LLD by the University of Waterloo in Canada in 1998 and was appointed Officer of the New Zealand Order of Merit (ONZM) in 2002. In an announcement made just a week ago, Mike’s many contributions have been honoured by the Australasian Cognitive Neuroscience Society with a Lifetime Contribution Award.

Mike was one of the world’s best known and most respected cognitive scientists. A prolific writer throughout his academic career, he published over 400 scientific articles, reviews, and book chapters as well as more than a dozen books. Mike’s interests were wide-ranging, and he made important contributions across an impressively broad range of topics – brain asymmetry, handedness, the split-brain, language, evolution, mental imagery, mind-wandering, and mental-time travel - a term he coined with Thomas Suddendorf.

Mike was the recipient of the 2016 Rutherford medal for his research spanning 50 years. The medal selection panel said Professor Corballis had made significant contributions in the areas of evolution, linguistics and neuropsychology related to understanding the human mind, applying mathematics, physics, philosophy, genetics, neuroscience and evolutionary biology to approach his research questions.

Mike’s scholarship was truly remarkable in depth and breadth, but in addition and especially in his books, his writing was engaging, accessible and had a lightness of touch that is rare in academic publications. His last book, published in 2021, is a memoir that includes the story of how the field of cognitive psychology evolved and the controversies and anecdotes that occurred along the way.

He continued his work until a few short weeks ago – his 2021 publications continue to debate topics he was fascinated by including mind wandering, mental time travel, and the evolution of language, consciousness, and brain asymmetry.

Mike was an excellent teacher and an award-winning supervisor of graduate students. Many of his students are now professors themselves, in universities across the globe. He had a wonderful gift for engaging his students and his audience in his own mind wanderings, using humour and anecdotes to illustrate scientific concepts – he stopped teaching just a few years ago, explaining that “at my age it is more of a chat than a lecture”.

Across six decades of service to the University, Michael Corballis was a distinguished researcher and teacher, a supportive mentor, a constructive collaborator and a valued friend to a large number of colleagues in the School of Psychology and beyond. He will be sorely missed.

Obituary originally published by the University of Auckland