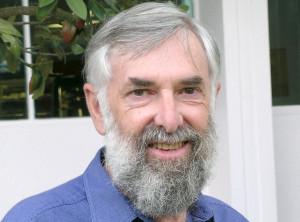 Lawrie Creamer joined the then New Zealand Dairy Research Institute (NZDRI) in Palmerston North as a protein chemist in 1963 after graduating with a BSc and PhD in chemistry from the University of Canterbury. At the time, the New Zealand dairy industry was facing a major challenge – the prospect of the United Kingdom joining the European Economic Community and the loss of its previously secure market for dairy products, primarily salted butter and Cheddar cheese. This prompted a substantial change of direction for the Dairy Research Institute, with the addition of a team of internationally trained scientists and technologists to build the science and technology needed to diversify into new markets with products that suited those markets. The dairy industry’s survival depended on the development of new and often unique products and techniques. The strategy to invest more resources in research and development paid off. Lawrie, along with a number of other highly capable recruits at around the same time, was up to the challenge and the dairy industry didn’t just survive, it flourished.

After undertaking postdoctoral work from 1964 to 1966 at Massachusetts Institute of Technology in Boston, funded by a New Zealand Dairy Research Institute (NZDRI) Fellowship, Lawrie returned to NZDRI to lead a research programme on the chemistry of milk proteins, milk protein interactions and the importance of milk protein chemistry in the manufacture of various dairy products. This placed him at the cutting edge of dairy research worldwide.

Lawrie’s early work led to many improvements in the manufacture of traditional dairy products such as cheese and milk powders. A major focus was to influence the industry to manufacture consistently high-quality Cheddar cheese and to develop a range of non-Cheddar cheese products. His innovative studies on the relationship of texture and flavour in cheese helped define the important compositional characteristics and methods to manufacture cheese of consistently high quality.

Lawrie attracted and led a group of scientists and the team tackled a number of basic questions in dairy chemistry such as, “What happens when milk is heated?” and “How does that impact on important dairy products?” The team’s fundamental work on milk protein structures, which has not been surpassed, led to the American Dairy Science Association’s Miles-Marschall Award in 1984, which established the New Zealand team as the pre-eminent research group in this area.

Lawrie and his team also led the way in research into the heat-induced changes to milk proteins and the aggregation of the proteins in whey. Whey proteins, an important by-product of cheese or casein manufacture, once regarded as suitable only for animal feed, are now used in a wide range of food products. In addition, research into the hydrolysis of proteins, as one of the processes used to make and to mature cheese, led to an understanding of the relationship between cheese composition, texture and flavour. A separate area of work, which examined how dairy farmers should be paid for their milk, resulted in a system of payment based on kilograms of milkfat and protein solids. This forms the basis for how New Zealand farmers are paid for their milk today.

Since 1990, when he was appointed Distinguished Research Scientist at the NZDRI, Lawrie focused more intensively on the structure of the major whey protein, β-lactoglobulin, the effect of heat and pressure on its structure and interactions, and its ability to bind vitamins and other hydrophobic molecules. Lawrie’s later work reflects the application of protein science into practical studies on cheese, milk protein products and milk powder, and the examination of the more fundamental basis of the interactions between the milk proteins that will drive development of value-add products with the characteristics that major dairy customers want.

Research in collaboration with scientists from Massey University’s Riddet Institute and Professors Lindsay Sawyer and Paul Barlow at Edinburgh University showed that, at high temperatures, the structure of β-lactoglobulin changes, forming a reactive intermediate, which interacts with the other milk proteins. This reaction is the basis for the heat stability of the proteins in milk powders and the slower coagulation of heated milks. In addition, NMR (nuclear magnetic resonance spectroscopy) studies of water molecules, in collaboration with Professor Paul Callaghan at Massey (and later Victoria) University increased understanding of the effects of flow on the redistribution of components in cheese-like substances.

Lawrie is a widely published (over 220 refereed publications as well as numerous published conference proceedings and book chapters) and highly cited (over 8000 citations with an h factor of 50) author in scientific journals and was on the editorial board of some of the leading international dairy journals. Lawrie is the recipient of some 14 awards in recognition of his immense contribution to dairy science. In 1973, he was awarded the ICI New Zealand Ltd Prize “for outstanding achievement in chemical research” and in 1984 the American Dairy Science Association’s Miles-Marschall International Award. This award recognises the outstanding accomplishments in research and development outside the USA and Canada, and at that time Lawrie was the youngest ever recipient of this Award. In 1995 Lawrie was elected a Fellow of the Royal Society Of New Zealand, and in 1999 the Royal Society of New Zealand presented him with the RJ Scott Medal in Engineering Sciences and Technologies. In 2004 Lawrie was the first New Zealander to be awarded the International Dairy Federation (IDF) Award, which is the IDF’s highest honour and pays tribute to the extensive contribution of the recipient to dairy science and technology.

In addition to his own research, Lawrie supervised many Masters and PhD students, providing scientific training for those who will carry on dairy-oriented research in the future. He also served as a trusted mentor and friend to many of the leading researchers in the New Zealand dairy industry including the two authors. He is survived by his wife Doreen plus three sons and a daughter. In keeping with his strong community service ethic Lawrie was a Justice of the Peace. Lawrie passed away peacefully in September 2019 after a 10-year battle with Alzheimer’s.