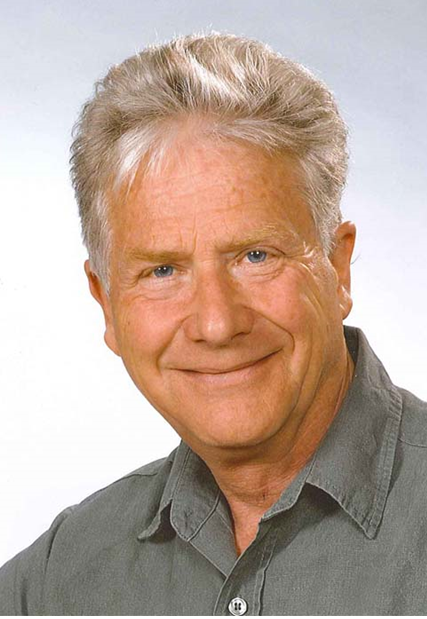 New Zealand has lost one of its pre-eminent social scientists. David Thorns died on Christmas day, 2020, in Christchurch. David had an international reputation as an urban sociologist. His activities and outputs were extensive, both locally and internationally.

David was born on the 26 August 1943 in County Durham, England, the son of a Methodist minister. This meant a peripatetic childhood as his father’s appointments changed every five years. He, along with his parents and elder brother, moved frequently throughout his early childhood and teenage years. He attended high school first in Portsmouth and then in Chippenham.

David arrived in New Zealand in 1973 to take up a senior lectureship at the University of Auckland. The Department of Sociology, then under David Pitt, was undergoing a period of growth and a mix of international and local scholars were appointed through the 1970s. David had an immediate impact as a young and enthusiastic scholar, but also as a supportive and congenial colleague. He was to leave at the end of 1976 to become a senior lecturer in sociology at the University of Canterbury. David spent the rest of academic life, 32 years, at  Canterbury, rising to become a reader in 1979 and then a full professor in 1995. He was an Emeritus Professor of the university when he died.

David began his academic career as a rural sociologist at the University of Nottingham but he soon moved to focus on cities and was known internationally as an urban sociologist, with additional interests in housing, innovation (especially in contemporary knowledge economies), economic restructuring, urban planning and policy, economic inequality and globalisation.

David was equally active locally and internationally. He was involved with the local sociological association, initially as a member of the Executive of the Sociological Association of Australia and New Zealand (1974-75, 1981-83) and then as a member of the Sociological Association of Aotearoa/New Zealand when it was established. He was on the editorial board of the Australian and New Zealand Journal of Sociology from 1985 to 1990. In these, and other roles, he was to play a key part in the maturation of the discipline in New Zealand and to become one of its best known and most productive members.

These local roles were paralleled by an extraordinary range of international activities. He was a member of the Executive Committee of the International Sociological Association’s (ISA) Housing and Built Environment Research Committee (1994-98) as well as other ISA committees : Community Studies, Urban and Regional Studies, and International Tourism.  David was active in the Australian Housing and Urban Research Network, he was the New Zealand representative on UNESCO’s Habitat 2, he participated in the United Nation’s Habitat World Forum in 2004 and in 2006 and he was appointed as a member and then Vice President of the International Social Sciences Council. He was on the governing body of the Asia Pacific Network for Housing Research. Some of us felt that David’s international reputation and standing was not fully appreciated within New Zealand.

David underpinned these activities with a number of funded research projects and a wide range of publications and other outputs. The research was marked by collaboration with colleagues and students (who often became colleagues in turn). There was his Marsden-funded project on “Winners and Losers in the Knowledge Society”, an FRST-funded programme on the meaning of house and home, and also on work, especially online workers and the relationship to community development, a BRCSS project on wealth creation and distribution, and another on globalisation and urban transformation.

David wrote extensively and his publications and thinking had an impact on the scholarly literature. For example, with Ann Dupuis, he wrote about “ontological security” and home ownership, and this research attracted considerable interest. He wrote and edited 11 books, was the author or co-author of 58 refereed articles and 42 book chapters.

At the University of Canterbury, he became Head of the Department of Sociology and served in this position for nine years (1982-1990). He was a senior and important leader in the discipline and he went on to establish the Social Science Research Centre at the university in 2000. The university acknowledged his various contributions with the University of Canterbury Research Medal in 2002. In 2009, he became an Officer of the New Zealand Order of Merit. As Richard Bedford has noted, this was to recognise his “first class research, outstanding contributions to teaching, sustained leadership in the development of the social sciences and innovation in building research capability”. His contribution and international standing were reflected by the award of a Fellowship of the Royal Society of New Zealand in 1995, one of the first social scientists to be recognised in this way.

When David retired in mid-2009, it was testimony to the very high regard that he was held in that there were 12 speeches, and speakers ranged from then then Vice-Chancellor of the University of Canterbury, Rod Carr, to former students (Ann Dupuis, Ann Winstanley), a former head of the department (Bill Willmott) to colleagues from around New Zealand.

A colleague and friend, Harvey Perkins, has described David as the “consummate intellectual, always reading, debating and writing” with an interest in the “big picture”. He was a quiet and respectful man who was a friend and colleague to many. But he was also very disciplined and determined and his achievements are extensive in an outstanding academic career. It is testimony to his lasting contribution that current debates about housing continue to reflect his intellectual contribution, his empirical work and the people that he trained and worked with.

Family was very important to David. He married Gloria Kathleen Corrigan in 1966 and David described her as “the love of his life”. Gloria died in 2018. David and Gloria had two daughters, Karen and Joy, who each have two sons. David was an extremely proud father and grandfather.

He was involved in a number of community activities, including as a member of the Christchurch Secondary Schools Council, and as a Board Member and then a Trustee of Papanui High School

Faith was important to David and he followed in his father’s footsteps. He was, for fifty years, a lay preacher in the Methodist Church. Sports, at least watching them, gave him a lot of pleasure, especially cricket, as well as football and then more recently, rugby. He did take an interest in gardening but not in home maintenance. Gloria used to tell the story about the time when their new house was being built in Christchurch and the builder told David that there was “room for your work bench in the garage” to which David replied “room for my what?”.

David was a consummate scholar who played a key role in not only the development of sociology in Aotearoa/New Zealand but also in the development of the social sciences as an important contributor to science and policy development in this country. His gentle manner, support for others and ready smile will be remembered in many circles.

Perkins, H.C. and Thorns, D.C.,  Gazing or Performing? Reflections on Urry’s Tourist Gaze in the Context of Contemporary Tourist Experience in the Antipodes International   Sociology, vol 16(2) 185-201. 2001.

Thorns, D. C., The implications of differential rates of capital gain from owner-occupation for the formation and development of housing classes.  International Journal of Urban and Regional Research, Vol. 5 :  205 - 217, 1981.

Thorns, D. C., Housing markets and sub-markets.   An analysis of the role of financial institutions in the allocation of housing, Australian and New Zealand Journal of Sociology,  Vol. 16, No. 1, 4-13 1980.

Thorns, D. C., Problems in the development of a comparative sociological theory of urbanisation, Papers in Urban and Regional Studies,  Vol. 4,  88-98, 1980.

Thorns, D. C., "The influence of social change upon the farmer", The Farm Economist, 1968.

Allan M. and D. Thorns, Being Face to Face - A state of Mind or Technological

Perkins, H.C and Thorns. D.C., The Impact of place promotion strategies on urban planning and development with H. Perkins). In  Perkins, H. and Memon, A., (eds) Environment Planning in New Zealand  2cnd Edition. 2000.

Perkins, H.C. and Thorns. D.C., “Urban planning in New Zealand: the influences of the Resource Management Act and the Local Government Act. In Urban Sustainability in New Zealand”, Royal Society of New Zealand 1998

Thorns. D.C., “Intergenerational Conflict : Impacts upon Policies and the Experiences of the Elderly”. In Living Environment, Health, and Well-being for the elderly : Cross  National Perspectives, International Longevity Centre, Japan, 1997.

Thorns, D.C., The impact of housing tenure and wealth accumulation upon the housing experiences of the elderly : the implications for housing policy. In P.G.Koopman-Boyden (ed) The Impact of New Zealand’s Ageing Society,  Daphne Brasell and Associates, 1993.

Thorns D.C., "Who gets housed :  The changing nature of housing affordability and access in advanced capitalist societies", in J. Friedrichs (ed.), Problems of Affordable Housing and the Homeless, Walter de Gruyter and Co., Berlin, 1988.

Thorns, D.C., "Owner-occupation, the state and class relations", in C. Wilkes and I. Shirley (eds), In the Public Interest,  Benton Ross, Auckland, 1984.

Thorns, D.C., "The role of the family life cycle in residential mobility", Centre for Urban and Regional Studies, University of Birmingham, Working Paper 69  :  31, 1980.