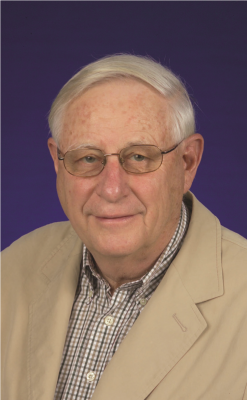 Without doubt, Emeritus Professor (David) Ian Pool was the founder of Aotearoa New Zealand demography. His decades of research on regional, national and international population dynamics established a deep knowledge base on the peopling of Aotearoa that has influenced generations of scholars, students, planners, and decision-makers. Ian went far beyond ‘doing one’s job’ to instil interest and curiosity among diverse audiences, a feat that extended well past the classroom, podium, or media interview.

Ian was born in Auckland and completed his undergraduate and graduate degrees in the 1950s at The University of New Zealand’s Auckland University College.  He then took up a scholarship to undertake a PhD in demography at the Australian National University with the renowned demographer Mick Borrie. Ian’s thesis was the first substantive analysis of Māori population change from the late eighteenth century using contemporary demographic techniques. His thesis was subsequently revised and published in 1977 by Auckland University Press and Oxford University Press. The Māori Population of New Zealand, 1769-1971 was the first of three books that Ian would eventually publish on the topic of Māori demography.

After completing his PhD, Ian headed further afield to take up roles at the University of Ghana (funded by the Population Council), the University of Western Ontario, the International Population Program at Cornell University, Carleton University, the University of Montreal (lecturing in French), and the World Fertility Survey in the United Kingdom. He was also an invited lecturer at universities in the UK, Europe, Asia and North America. Ian became widely regarded as an expert on African population dynamics, and on the relationships between population and development. From the mid-1970s Ian’s services and expertise were drawn on extensively by the United Nations Fund for Population Activities (UNFPA) and a range of other international agencies including the International Statistical Institute, the International Labour Organisation, USAID, the World Bank, and the UN’s Economic and Social Commission for Asia and the Pacific (ESCAP). During these years Ian developed a strong interest in regional and global population dynamics and built an extensive network of contacts with leaders in the field of demography.

In 1978 Ian left a professorship at Carleton to return to Aotearoa to take up the chair of sociology and anthropology at the relatively new University of Waikato. He became the founder of the university’s Population Studies Centre in 1982, and shortly after was made the inaugural professor of demography, a position he held until he retired in 2009.

Ian’s research and contributions to public life informed a broad spectrum of public policy. During the 1980s he was a member of the New Zealand Planning Council’s Population Monitoring Group and was a key contributor to the six reports that the group published between 1984 and 1991. This coincided with Ian’s deepening involvement in research and national policy debates about population issues during a decade of major economic restructuring.

As the voice for Aotearoa demography on the global stage, Ian was the advisor to New Zealand’s delegation to the first International Conference on Population and Development in Cairo.  He was a member of the International Union for the Scientific Study of Population (IUSSP), the UNFPA, and the Comité International de Coopération dans les Recherches Nationales en Démographie (CICRED). Ian also provided research and technical assistance for UNFPA in Africa (the Gambia, Nigeria, Senegal, Burkina Faso, Zaire, Malawi, Ghana, Sub-Saharan Africa), the Pacific (Tonga, Fiji, New Caledonia, Vanuatu) and Asia (Bangladesh, China, Vietnam, Cambodia, Nepal). A fluent French speaker, Ian’s bilingual capabilities and deep interest in the demography of Indigenous peoples made him an excellent candidate for many international missions.

A lifetime of research

Ian is perhaps best known for his lifetime of work on Māori demography. Te Iwi Māori: A New Zealand population past, present and future remains the seminal historical demographic analyses of the Māori population. In 2015 he published his third and final instalment on Māori demography, Colonization and development in New Zealand between 1769 and 1900: Seeds of Rangiatea. It was a significant expansion of his earlier work, providing a rich case-study of how Imperial era contact and colonisation negatively affected naturally evolving demographic transitions and thwarted Māori development. In later years Ian also undertook research on iwi demography for the Crown Forestry Rental Trust and appeared as an expert witness before the Waitangi Tribunal.

In addition to his research on Māori population issues, Ian published on nearly every aspect of Aotearoa demography. One of his major contributions was assembling a two-volume ESCAP monograph The population of New Zealand: Country monograph series. Published in 1986, the monograph included contributions from virtually all of Aotearoa’s population specialists at the time.

In the mid-1990s, Ian and a team of staff and postgraduate students undertook Aotearoa’s first major survey of fertility and reproductive behaviour as part of an international series of surveys in European countries. The New Zealand Women: Family, Education and Employment provided an unprecedented evidence base for policy relating to reproductive health and family formation. Over the next decade it generated numerous PhD theses, monographs, and published papers. In 2007 Ian published The New Zealand Family from 1840: A demographic history with his former PSC colleague Professor Arunachalam Dharmalingam and his wife Dr Janet Sceats, a noted demographer in her own right. Ian and Janet are two of only eight researchers to be awarded life membership by the Population Association of New Zealand.

Ian also made major contributions to our national understanding of ageing, and the critical distinction between structural and numerical ageing. The former relates to the changing age structure of populations, driven by fertility decline, while the latter refers to the absolute increase in the number of elderly, driven by increasing longevity. Ian was also among a group of scholars at the forefront of international scholarship on the so-called “second demographic transition” – the age structural transitions associated with changes in fertility and mortality as countries move from periods of rapid growth through natural increase, to slow and then declining natural increase. His research on age structural transitions led to two major edited collections of papers with international collaborators: Population, resources and development: Riding the age-waves and Age-structural transitions: Challenges for development.  These books reflected on the demographic, social, economic and political dimensions of population ageing in a theoretical context that challenged much conventional wisdom on contemporary population change. Ian’s scholarship not only provided a window into our past and present but remains vital for public policy in Aotearoa as we undergo changes that will radically transform the population structures of most localities and communities.

In the last few years – and despite being very sick - Ian completed a substantial manuscript covering 200 years of Aotearoa’s demographic history. It brings together and extends all the threads of his earlier work into a comprehensive account of the peopling and development of Aotearoa - a story only he could tell.

Ian was passionate about nurturing new generations of demography scholars and his students’ achievements were a great source of satisfaction and pride. Over the course of his career, he supervised more than 50 masters and doctoral students, many of whom now hold senior roles in universities, government departments and the private sector across the world. Having lived and worked in west Africa, Ian was particularly committed to supporting demographic capacity in less developed countries. In the 1980s and 1990s the Population Studies Centre was home to many students from Africa and southern Asia. He was a generous and supportive teacher and mentor, and maintained close relationships with many of his students years after they graduated. When the New Zealand Population Review published a ‘festschrift’ issue in 2011 to honour Ian, his former students were among the 13 leading population experts that contributed papers. He continued to supervise students and provide guest lectures long after his retirement.

Ian took his critic and conscience role seriously. He was a scientist who was prepared to play a significant part in public life and was unafraid to point out shortcomings in policy and political decision-making. He regularly fronted for the media well before science communication was popular and encouraged his junior colleagues to do the same. Ian was a richly informed, compelling speaker who could speak with authority on all dimensions of population change. Over decades he gave hundreds of talks and keynotes for scholarly and policy audiences, politicians, industry leaders, community groups and Māori organisations. His talks often interspersed empirical analysis, and a sharp critique of current policies, with witty anecdotes and wry humour. A talk from Ian was never dull.

The significance of Ian’s work has been recognised through numerous awards, honours, and appointments. In 1994 he was made a Fellow of the Royal Society of New Zealand. A decade later he was awarded the Society’s James Cook Fellowship, and in 2009 he received the Te Rangi Hiroa Medal Royal. The latter award was particularly special to Ian. He was a long-time admirer of the Ngāti Mutunga politician, doctor and scholar, and had cited Te Rangi Hiroa liberally in Te Iwi Maori.

Ian was a keen swimmer and treasured the time spent with family and friends at their bach in Hahei. A visit to the Pool-Sceats home was both a social and intellectual experience to cherish and energise. For many, Ian will be remembered as a larger-than-life colleague and friend who lived and breathed demography. He was dedicated to his craft, and to undertaking research that he felt made a real difference. His dedication was surpassed only by the love and pride he had for his wife Janet, his children Felicity and Jonathan, and his four mokopuna. In many ways, Ian’s love for his family reflected his philosophy of what he thought population research could and should be – that in the end, what really mattered was people.

What is the most important thing in the world?
It is people!

In addition to nearly 200 articles in refereed journals and chapters in books, Ian published some 30 published discussion papers, 15 monographs, and more than 100 expert reports. Some of the books he authored are listed below.

Economic and Social Commission for Asia and the Pacific (ESCAP) (1986). The population of New Zealand: Country monograph series, 2 vols. New York: Population Division (Ian was the local editor and contributed or co-authored 6 chapters, all refereed).