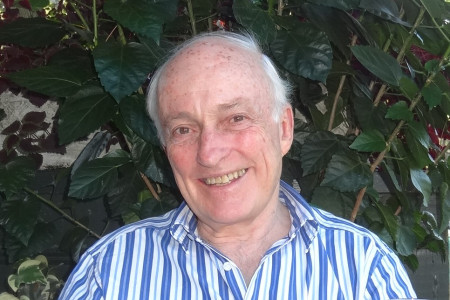 Emeritus Professor Desmond (Des) P. Taylor, a celebrated world leader in digital wireless communications, Emeritus Professor of Electrical and Computer Engineering and Fellow of the Royal Society of New Zealand has passed away this May at the age of 80.

Des Taylor was born in Noranda, Quebec, Canada on July 5, 1941. He received the B.Sc.(Eng.) and M.Sc.(Eng.) degrees from Queen's University, Kingston, Ontario, Canada in 1963 and 1967 respectively, and the Ph.D. degree in 1972 in Electrical Engineering from McMaster University, Hamilton, Ontario, Canada. From July 1972 until June 1992, he was with the Communications Research Laboratory and Department of Electrical Engineering of McMaster University. In July 1992, he joined the University of Canterbury, Christchurch, New Zealand as the Tait Professor of Communications. He established the Communications Research Group, which remains active today in conjunction with the Wireless Research Centre. He supervised a substantial number of students during his career, many who have continued in the field in both industry and academia. His impact in the field lives on in their work and through his publications.

He made substantial research contributions for over 50 years in the field of digital wireless communications systems. His primary focus was on the development of robust, bandwidth-efficient modulation and coding techniques, and the development of iterative algorithms for joint equalisation and decoding of the fading, dispersive channels typical of mobile radio communications. He was the author or co-author of over 250 published papers and held several patents, in spread spectrum and wideband communications, one of which won the S.O. Rice Award for the best Transactions paper in Communication Theory of 2001. He remained an active researcher throughout his retirement, continuing to enjoy active collaborations across the globe. He even recently branched out into neuroscience research, showing his passion for lifelong learning and research.

Des was a widely respected member of the wireless communications community and he will be missed by many.