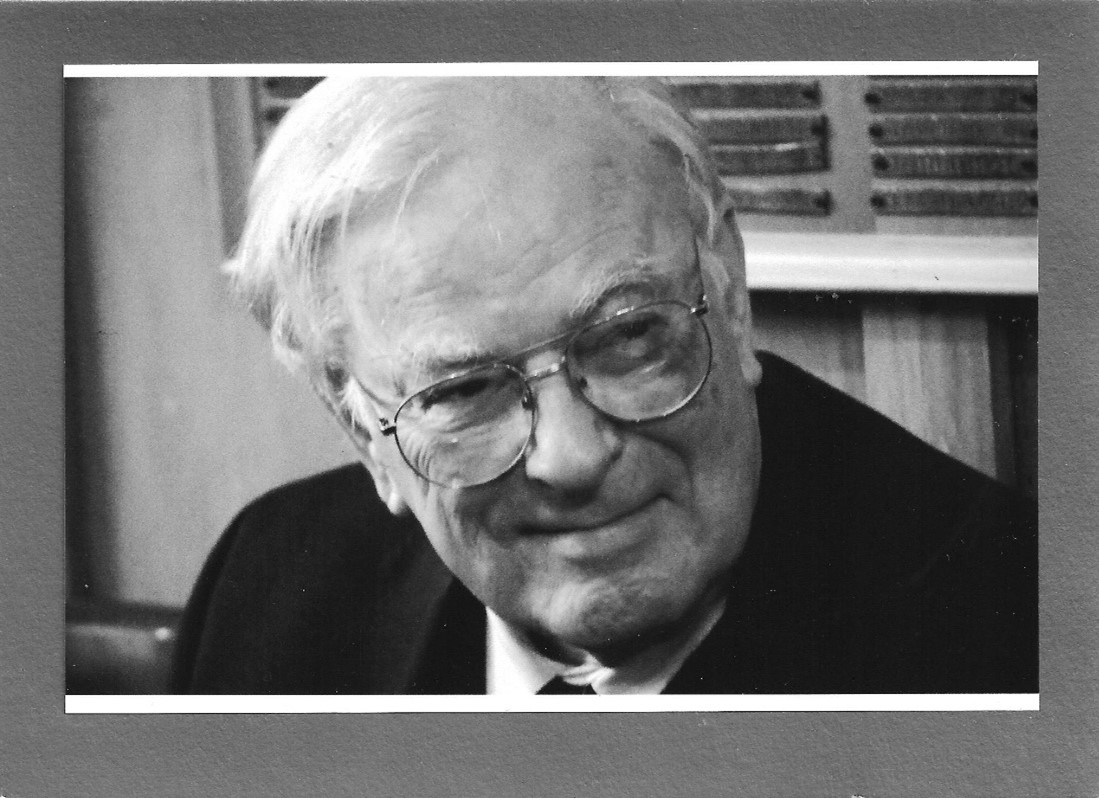 It is with great sadness that we acknowledge the passing of Emeritus Professor George B. Petersen ONZM FRSNZ in July 2021. George, a distinguished Fellow of the Royal Society of New Zealand since 1985, completed an undergraduate degree in 1954 at the University of Otago as the only student in Biochemistry. After completing an MSc in 1956, inspired by a single paragraph in a textbook about DNA, he left for Oxford to study for a Doctor of Philosophy working under the biochemist Ken Burton. George’s research was developing novel chemistry to selectively degrade and analyse DNA – this was an important first step towards the goal of determining the sequence of the DNA nucleotides and eventually whole genomes.

He returned to New Zealand to work at the Plant Chemistry Division of the DSIR in Palmerston North before being appointed to the Chair of Biochemistry at the University of Otago in 1967 at age 34. George made key appointments in the Department of Biochemistry to focus research expertise that linked cellular information flow, coding, and catalysis via the biomolecules DNA, RNA, and protein. With this underpinning expertise, the department was equipped to study broad biological questions involving biochemistry, molecular biology, the genetics of bacteria, plants, animals, and molecular aspects of human health. When George’s own research into chemical DNA sequencing methods was eclipsed by the inspired enzymic method developed by the Nobel Laureate Fred Sanger, George then worked with Sanger to help sequence the first large viral DNA genome and subsequently went on in New Zealand to facilitate the transfer of DNA sequencing and molecular biology expertise to the wider Australasian research community.

George Petersen’s vision was well founded: this 'molecule of DNA' arguably has had more influence on science, on health, on genetics and society than any other in the last 70 years. George became widely known as ‘the father of DNA’ and fostered a new generation of students and scientists, many of whom themselves became passionate about the potential of DNA to transform our society and were trained to realise this potential. For over 30 years, George inspired his graduate students and others familiar with his work to have unselfish and high career goals to make a difference to society. Examples today are the work of Genomics Aotearoa, utilising cutting-edge DNA technologies making an impact on microbial, plant, animal and human genetics, and his former students either with highly successful award-winning careers of research and service to New Zealand science, or exhibiting the same inquisitive creative and pioneering spirit as George, one of which was the world’s first commercially available nanopore technology. DNA technology is now being used to trace Covid-19 infections in New Zealand. Whole genome sequencing of each case of the virus, foreshadowed by George’s work, allows us to link infections and respond faster and more accurately to outbreaks.

In 2003, George became the first Otago academic to be awarded the prestigious Rutherford Medal, in the same year as the 50th anniversary of understanding the structure of DNA. This followed many earlier awards: a Doctor of Science from Oxford University in 1993; the Marsden Medal of the New Zealand Association of Scientists in 1995; an ONZM for service to the community in 1997; and an Honorary Doctor of Science from Otago in 2000.

George Petersen also took many national leadership roles. He was Chairman of the Government Advisory Committee on Novel Genetic Techniques (ACGNT) 1978-1998, and he served many roles on the Medical and then Health Research Council between 1973-1990.  He was National President of the New Zealand Institute of Chemistry 1985-1986. George was President of the Academy Council of the Royal Society of New Zealand 1998-2000. A great contribution to New Zealand science was his establishing a desperately needed, and widely accepted, regulatory protocol for the introduction of genetic engineering into New Zealand, soon after the technology become possible. His leadership ensured a transparent and cautious approach to laboratory experiments involving genetically modified organisms (GMOs), including voluntary limitations initially imposed by DNA researchers themselves. The power of the new technologies to manipulate DNA, to form new organisms, from bacteria to plants and animals, raised huge ethical dilemmas.  George was at the forefront of producing draft voluntary guidelines for New Zealand to regulate the use of these new genetic manipulation technologies. Critically, this prevented New Zealand becoming a ‘wild west’ for uncontrolled genetic experimentation by maverick scientists from abroad who wanted to use New Zealand for risky trials. Guidelines developed by George Petersen protected New Zealand and eventually led to the Hazardous Substances and New Organisms (HSNO) Act of Parliament passed in 1996.