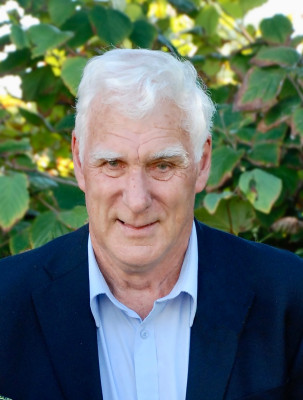 Ian James Hodgkinson was born in 1939 in Invercargill and grew up there. He received his secondary schooling at the former Invercargill Technical College, where he excelled in team sports, became Head Boy, and won the David B. Cameron Memorial Leadership prize in 1956. He continued his education at the University of Otago, graduating with a BSc in Physics in 1960. Around this time, he married Jenny, together with whom he had three children, Chris, Jane, and Tim. In 1961 Ian was appointed to an assistant lectureship in the Department of Physics at Otago. He remained a member of the teaching staff in the Department for some 42 years, concurrently completing his MSc (1963) and PhD (1970) and rising progressively to the rank of Professor.

Ian was a genuinely modest and understated man, who never freely talked of his own achievements. His Curriculum Vitae was typical of his approach, stripped to the bare bones, and omitting the slightest hint of self-promotion. Yet Ian was an extremely productive physicist, who made some outstanding original contributions in the field of thin film optics. He was elected to the Fellowship of the Royal Society of New Zealand in 1999.

Between 1969 and 2019 Ian published some 110 journal articles and served for a period on the editorial board of the Journal of the Optical Society of America. His early work focussed on the practical design and production of resonant cavities, including thin film stacks and polarizing elements. By 1984 he had started to publish on structural effects observed during thin-film growth, including so-called form birefringence, which in modern terminology could be considered an example of a polarizing metamaterial. In 1994 he published the first of 50 papers co-authored with Qihong Wu on the formation and properties of sculptured thin films. These self-assembled composites display a wide array of anisotropic properties including strong optical polarization, and he continued to work actively on this topic with colleagues and graduate students well after his retirement from teaching at Otago University in 2002. He wrote a well-received book, Birefringent Thin Films and Polarizing Elements which elegantly encapsulates Ian’s contributions to the optical aspects of sculptured thin films. The first edition, in 1997, arose from his long and successful partnership with Qihong Wu and a second edition, with Martin McCall as third co-author, followed in 2015.

Ian’s deep interest in sculptured thin films and resonators extended to living organisms. He published on the circularly polarized Bragg resonance of scarab beetles, using various locally sourced beetles as test subjects. Such beetles generally have a strong green resonance that renders them well camouflaged in manuka foliage, but a simple polarization modulated light source quickly reveals them for collection. Another long-held interest was in human vision, including neuro-perceptive aspects. This led Ian, in partnership with Dunedin ophthalmologist Anthony Molteno, to the development of accurate low-cost screening tests for visual defects and included non-verbal infants as important (and challenging) test subjects.

Ian’s principal contribution to science was to establish methods for the design and production of optically-polarizing sculptured thin films. While the underlying effects had been observed previously by a number of groups around the world, Ian brought together the complete design pathway from theory to application. In addition to publishing well-cited theoretical frameworks and practical computer code, his group was one of just a handful in the world producing and analysing these films, and under his wise direction it was a prolific contributor to the community. Ian’s contributions were recognised by a number of significant honours. He was elected a Fellow of the Optical Society of America in 2003, only the third New Zealand based researcher to receive this distinction. In 2004 he was awarded the Royal Society of New Zealand T.K. Sidey medal. His articles and book will continue to be a reference and inspiration for future researchers in this field.

Ian was a very popular member of the Physics department, which he chaired from 1997 until his retirement. As his colleagues and many graduate and undergraduate students would attest, Ian had a real gift for bringing out the best in people by imparting timely well-considered advice in a direct but good-humoured way. He was a much-appreciated mentor to many people and will be remembered with affection. He is survived by his three children and his second wife, Joy George.